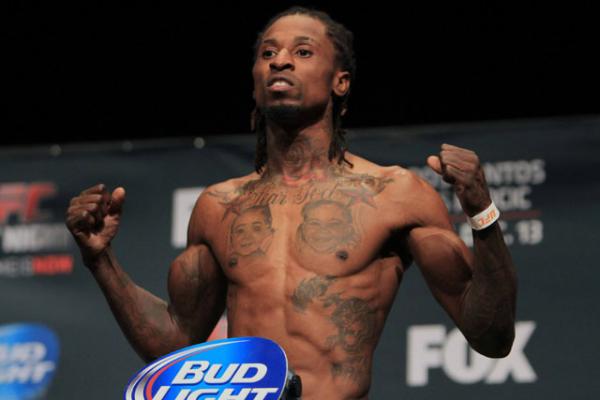 
A flyweight bout pitting Willie Gates against Darrell Montague has been added to "The Ultimate Fighter 21" finale lineup.

The UFC announced the pairing on Thursday. The “TUF 21” finale takes place at the MGM Grand Garden Arena in Las Vegas on July 12 and is headlined by a welterweight clash between Jake Ellenberger and Stephen Thompson.

Gates made his Octagon debut on short notice last December, when he was submitted by former title challenger John Moraga in the third round at UFC on Fox 13. That ended a five-fight winning streak for Gates, who had captured the Tachi Palace Fights flyweight championship in his last outing before signing with the UFC.

Montague, meanwhile, is still looking for his first triumph in the Las Vegas-based promotion. “The Mongoose” suffered a first-round knockout loss to John Dodson in his debut before dropping a unanimous decision against Kyoji Horiguchi at UFC Fight Night “Brown vs. Silva” more than a year ago.