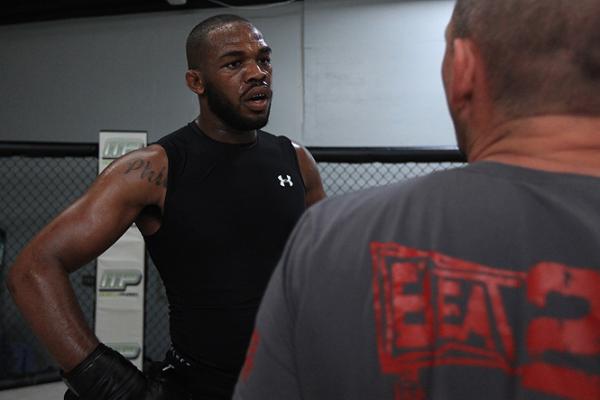 He was in Jones’ corner of course, but it’s no secret that he also used to train Evans.

“It was a bittersweet night,” Jackson told the Sherdog Radio Network’s “Savage Dog Show.” “I’m glad Jon won, but I’m just sad about the whole situation. It’s nice to just kind of move on and be done with the whole thing.”

Since splitting with Jackson, Evans has leveled plenty of criticism at the trainer. Jackson has defended himself at times, but he’s been careful to be diplomatic. He had a quick interaction with Evans after the bout Saturday.

“I went up after the fight and shook his hand, and we kind of patted each other on the shoulder,” Jackson said. “That’s kind of where we’re at right now. There’s no animosity or hard feelings on my end at all. We’ll see where it goes from here.”

Jones won the contest, which headlined UFC 145, via unanimous decision. He outstruck Evans on the feet by using a variety of attacks.

“That’s one of the things that make Jon Jones so dangerous,” Jackson said. “He is very unpredictable. He is willing to step outside of his utility, try new things, try interesting things, and I think that makes him very, very powerful because he’s very hard to scout.”

Judge Richard Bertrand gave the champion all five rounds. Derek Cleary and Chris Lee gave one round to Evans, who was the first fighter to go the distance with Jones since January 2009.

“Rashad showed a lot of heart and a lot of courage,” Jackson said. “He really showed that he’s a super tough fighter and a very technical warrior. He got a couple of good shots in there, and I thought he did very, very well.”