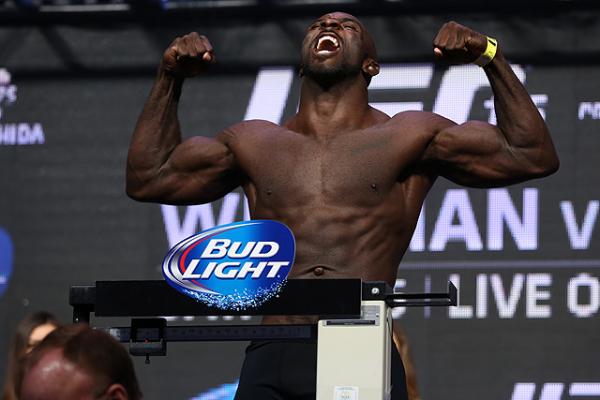 Kevin Casey will be back in the cage 10 days after his suspension ends. | Photo: Dave Mandel/Sherdog.com


Kevin Casey will step into the Octagon for the first time in more than a year when he collides with Ildemar Alcantara at UFC Fight Night “Mir vs. Duffee.”

Promotion officials announced the middleweight bout on Tuesday. The UFC Fight Night bill takes place at Valley View Casino Center in San Diego on July 15 and is headlined by a heavyweight tilt between Frank Mir and Todd Duffee.

Casey tested positive for the steroid drostanolone following his first-round technical knockout victory over Bubba Bush at UFC 175 and was suspended for one year and fined $5,600 by the Nevada Athletic Commission. His victory was also changed to a no contest. “The Ultimate Fighter 17” competitor is 8-3 over the course of a professional MMA career that began in 2007.

Alcantara has alternated wins and losses in his last four Octagon appearances. Most recently, the Brazilian captured a split-decision triumph over Richardson Moreira at UFC 183 on Jan. 31. “Marajo” is 4-2 since joining the UFC in 2013.