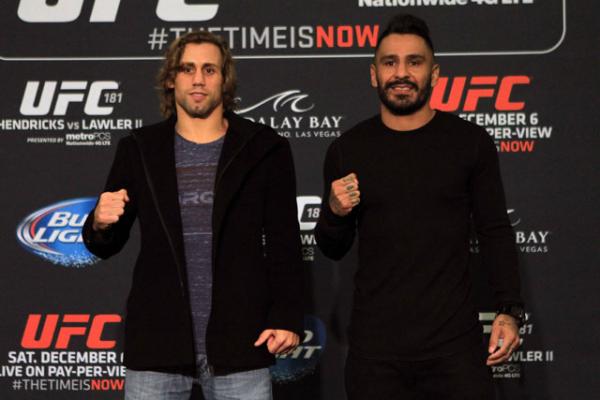 
Francisco Rivera’s request to overturn the result of his second-round submission defeat against Urijah Faber at UFC 181 was denied by the Nevada Athletic Commission on Tuesday.

After a competitive first-round that many observers felt Rivera won, the bantamweight bout turned when Faber inadvertently poked his opponent in the eye. Referee Mario Yamasaki failed to identify the foul, however, so there was no break in the action. As a result, “The California Kid” took advantage and tapped “Cisco” with a bulldog choke 1:34 into the second frame.

Although Faber’s win over Rivera will stand, the NAC is planning to address its rules regarding eye pokes and instant replay at the next meeting, the date of which is expected to be set in the coming days. In this instance, it was determined that since Yamasaki didn’t see the foul, instant replay did not apply.

After that fight, Faber said that he simply reacted instinctually and was unaware that he poked Rivera in the eye at the time the foul occurred. Initially, both men were open to a rematch, but plans changed when Rivera was forced to undergo surgery on his injured eye. Rivera told Sherdog.com that a doctor visit revealed a cracked retina and a bruise on his eye would require laser surgery to repair.

Faber has since been booked to face Frankie Edgar at UFC Fight Night in Manila on May 16. It is currently unknown when Rivera will return to action.