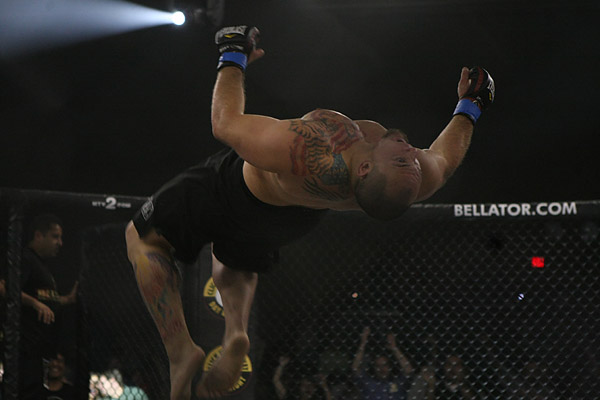 The bad luck for UFC 149 continues, as Antonio Rodrigo Nogueira has become the latest fighter to withdraw from the July 21 card.

According to sources close to the situation, Nogueira has not healed completely from the surgery he underwent to repair a broken humerus suffered in his UFC 141 defeat to Frank Mir. Due to lingering effects from that injury, “Minotauro” will be unable to face Frenchman heavyweight Cheick Kongo at the event, which takes place at the Scotiabank Saddledome in Calgary, Alberta.

Taking the Brazilian’s place against Kongo will be former Louisiana State football standout Shawn Jordan (pictured). Though the pairing has not been officially announced by the UFC, Sherdog.com confirmed on Saturday with sources close to the Jackson’s MMA representative that Jordan has accepted the bout.

The 36-year-old Nogueira last competed in December, where his arm was broken just above the elbow by a kimura from Mir in a first-round submission defeat at UFC 141. More recently, the former Pride and UFC heavyweight champion made headlines for his participation in the Brazilian version of “Dancing with the Stars.”

A former Bellator Fighting Championships veteran, Jordan made his Octagon debut in March, scoring a second-round technical knockout win against Oli Thompson at UFC on FX 2. Prior to that, “The Savage” split a pair of bouts on the Strikeforce Challengers circuit, submitting current UFC talent Lavar Johnson last September and dropping a unanimous decision to Devin Cole in July. The Louisianan has finished all but one of his 13 career triumphs by knockout, technical knockout or submission.