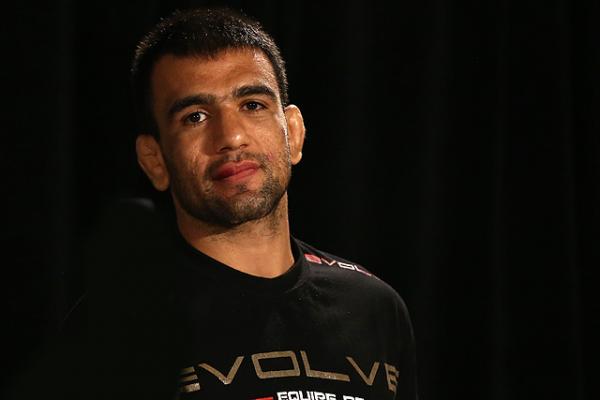 
Leandro Issa earned an impressive $100,000 in bonus money for his role in a bantamweight showdown against Jumabieke Tuerxun at “The Ultimate Fighter 19” finale.

The 135-pounders shared “Fight of the Night” honors for their bout Sunday at Mandalay Bay Events Center in Las Vegas, netting the men $50,000 apiece.

The scrap featured three rounds of back-and-forth action, but it was the second stanza that turned the tide. Referee Mario Yamasaki deducted a point from Issa for blatantly grabbing the fence to help secure a reversal, in a move that likely put the Evolve MMA product down on the judges’ scorecards.

The deduction forced the hand of Issa, who came out in the third frame fighting like a man aware he needed a finish. “Brodinho” was able to secure an armbar submission, earning him a second $50,000 check in the form of a “Performance of the Night” bonus.

Earlier in the evening, Adriano Martins netted a $50,000 “Performance of the Night” bonus for his first-round knockout of Juan Manuel Puig. The fight teetered back and forth to start, but the Brazilian was able to bounce back from an accidental low blow and score an emphatic finish with a stiff right hand that landed square to Puig’s jaw.

The “TUF 19” finale offered UFC officials plenty of impressive finishes to choose from, as seven of the 11 fights on the card did not go the distance.