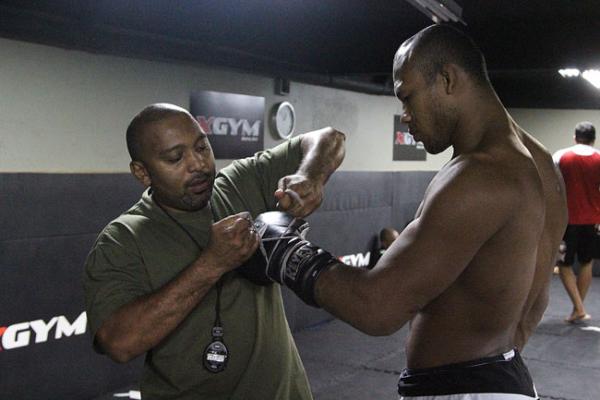 Last week, it was reported that Ronaldo "Jacare" Souza had signed a five-fight contract with Forza LLC, a subsidiary of UFC parent company Zuffa. Though Strikeforce will hold its final event on Saturday, Souza’s coach, Josuel Distak, assured Sherdog.com that “Jacare” will join the UFC roster this spring, regardless of what happens in the middleweight’s Strikeforce swan song.

However, according to Distak, UFC brass will decide Souza’s first Octagon opponent based on his performance against UFC talent Ed Herman.

"’Jacare’ is now a UFC fighter and signed a five-fight contract,” said the X-Gym coach. “The result of the fight against Herman will be the basis for choice of his debut opponent in the UFC, which I think will be in April.”

Distak also asserted that the former Strikeforce middleweight king has nearly completed his weight cut and is fully prepared for his conflict live on Showtime from the Chesapeake Energy Arena in Oklahoma City.

"’Jacare’ is almost ready, lacking only about three kilos (about 6.6 pounds) to lose, and that's easy,” said Distak. “‘Jacare’ is an MMA fighter, and he's 100 percent [everywhere], so wherever the fight goes is good for him. Herman likes to submit, but ‘Jacare’ is better than him at everything."

As Souza will fight in the UFC’s middleweight division, a potential clash against champion and training partner Anderson Silva already is already looming on the horizon. However, Distak prefers to postpone this pairing if at all possible, asserting that Souza still has work to do before such a matchup would be warranted.

"’Jacare’ has a career to tread in the UFC yet; do not think about it for a while,” said Distak. “‘Jacare’ is going there to make his [own] history.”