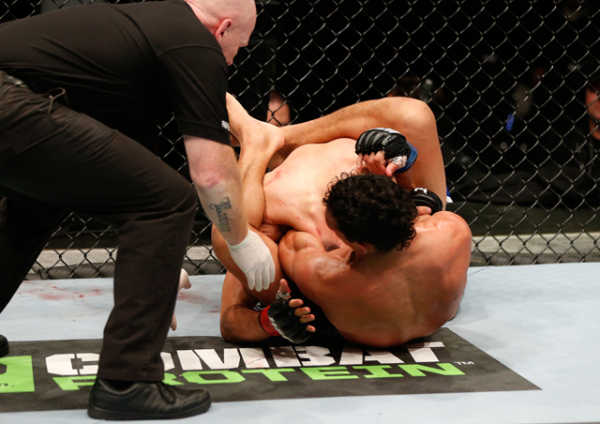 
Charles “do Bronx” Oliveira showed once again that he has one of the most dangerous ground games in the Ultimate Fighting Championship.

Nate Marquardt also picked up a $50,000 “Performance of the Night” bonus with an impressive display of technique. The former Strikeforce welterweight champion made good on his return to the middleweight division with a first-round armbar of James Te Huna. The win snapped a three-fight losing streak for Marquardt.

Also claiming bonus money were Gian Villante and Sean O'Connell, who both grabbed $50,000 for their combined efforts in a bout named “Fight of the Night” by UFC brass. Villante was awarded the split decision following three hard-fought rounds.