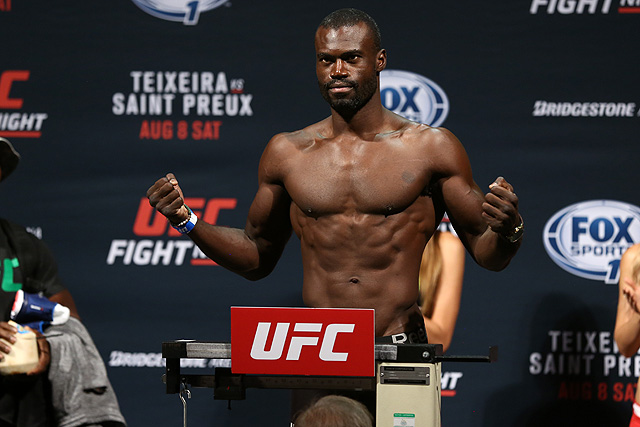 
Uriah Hall has replaced the injured Roan Carneiro and will lock horns with Gegard Mousasi at UFC Fight Night "Barnett vs. Nelson" on Sept. 27.

Promotion officials announced the change on Wednesday; the nature of Carneiro’s injury was not disclosed. The UFC Fight Night card takes place at the Saitama Super Arena in Saitama, Japan, and is headlined by a heavyweight clash between Josh Barnett and Roy Nelson.

Hall is making a relatively quick turnaround after a first-round stoppage of Oluwale Bamgbose at UFC Fight Night in Nashville on Aug. 8. The New York resident has won four of his last five Octagon appearances, with a split decision loss to Rafael Natal at UFC 187 his only blemish during that time.

Mousasi has won two straight bouts to kick off 2015, as he earned a 70-second TKO of Dan Henderson at UFC on Fox 14 before outpointing Costas Philippou on May 16.