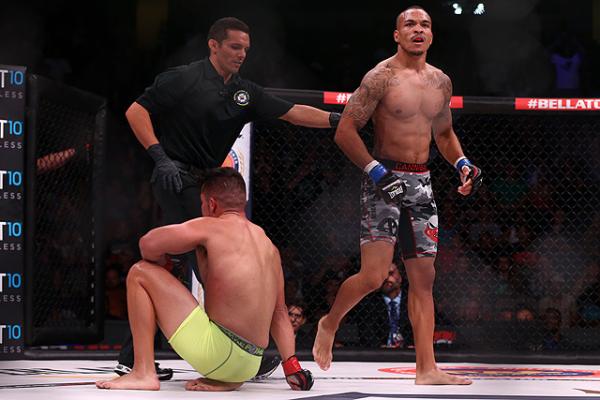 An undefeated lightweight, Burley briefly tore through the regional scene before imposing his will under the Bellator umbrella. Burley knocked out Bubba Jenkins and choked out Raymond Pina in the Bellator cage before moving on to the Resurrection Fighting Alliance, where he submitted T.J. Hepburn via guillotine in the first round in April. Based out of Phoenix, Burley trains with Arizona’s Power MMA Team.

Taylor, a middleweight, has won four straight bouts, all via stoppage -- one knockout and three submissions via guillotine. “Handgunz,” who has competed previously for both Bellator and Strikeforce, has finished 10 of his 11 career triumphs.

WSOF president Ray Sefo stated in a release that there is no official date for either fighter’s promotional debut. The company does expect, however, to have their newest signees competing before the end of the year.