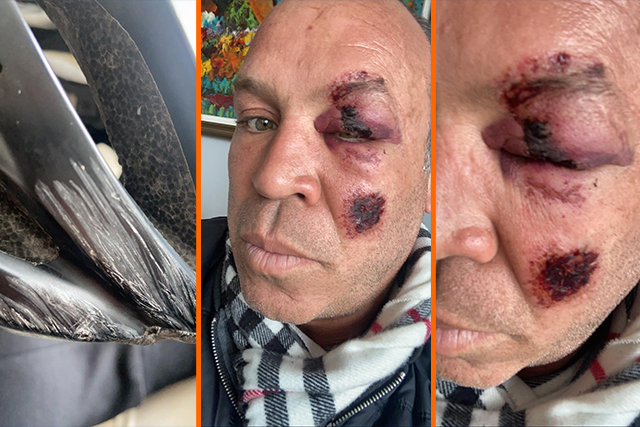 On Thursday morning, Sherdog learned that Silva was struck by while riding his bike in Curitiba, Brazil. This is not the first time that Silva has been hit by a car on his bike, as a similar occurrence took place in 2016.

“My life was saved by the helmet for the second time,” Silva told Sherdog. “I suffered a similar accident in 2016 but this time at least the car driver didn’t run away. He stopped to help me.”

“The Axe Murderer” explained that when it happened, he was crossing a large street with two stop lights.

“The first one was green,” he said. “But I cannot [be sure] if the second turned red in the process.” The collision sent him flying, and he subsequently suffered some abrasions on his face and fractured a bone in his right foot.

This injury comes two weeks after the Brazilian announced to Sherdog that he was negotiating to fight against Mike Tyson in a bare knuckle contest. It is unclear if this injury will push back the timetable of this potential matchup, or scuttle it altogether.

Silva was hospitalized as a result of the crash. The hospital staff immobilized his injured foot and treated his other wounds, and went on to release him from the hospital.