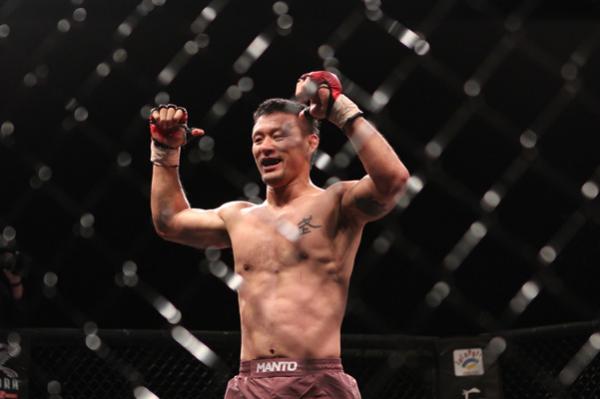 Yoshiyuki Yoshida is out of Titan FC 31. | Photo: TJ DeSantis/Sherdog.com


Titan Fighting Championship 31 has a new main event after Yoshiyuki Yoshida withdrew from his catch-weight clash against Mike Ricci.

Yoshida’s exit comes just hours before he was to face Ricci at the USF Sundome in Tampa, Fla., on Friday night. The bout was originally supposed to be for the promotion’s lightweight belt, but it became a non-title affair when Ricci missed weight on Thursday. As a result, the bout has been scrapped.

A source close to the situation told Sherdog.com that Yoshida pulled out of the fight because he felt that it was unprofessional for Ricci to miss weight.

Now, a featherweight clash between Miguel Torres and Desmond Green – previously the co-headliner – will serve as the main event. The evening’s main card airs on the CBS Sports Network beginning at 10 p.m. ET/7 p.m. PT, while the preliminary card streams on CBSSports.com starting at 8 p.m. ET/5 p.m. PT.

A 40-year-old native of Tokyo, Yoshida was set to make his Titan FC debut after winning six straight fights from July 2011 to March 2014. He went 2-3 during a five-fight stint in the UFC and owns notable victories over Dan Hardy, War Machine and Phil Baroni during his 23-bout professional career.