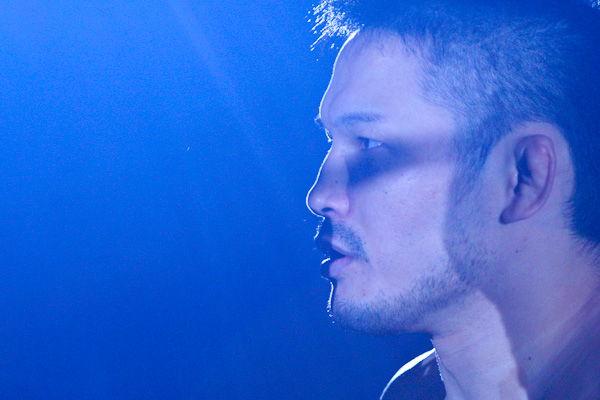 In the headliner of Road FC 13 from the JH Park Stadium in Gumi, South Korea, Nam earned a three-round unanimous decision (30-27, 29-28, 28-27) over Kume after besting him via unanimous verdict in an extension fourth round to win Road FC's 155-pound grand prix and championship title in April.

Much of the rematch was spent with the two clinching up against the cage as Kume, a teammate of Hatsu Hioki with 11 submission wins to his name, consistently had his takedown attempts stymied. Nam defended well, landing clean strikes late in the second round and finished strong, taking the Japanese fighter's back in round three. In an otherwise uneventful affair, “The Korean Bulldozer” had just enough timely offense to earn the nod.

Charismatic Japanese middleweight veteran Ikuhisa Minowa will live long in the memory of MMA fans and “Minowaman” did his best to deliver entertainment in his 100th pro fight, knocking out Korean journeyman Hoon Kim at 3:37 of the first round. Kim threw a lazy left hook, allowing Minowa to respond with a perfectly-timed overhand right which connected clean and left the Korean out cold. Kim eventually had to be stretchered out of the cage. Minowa, 37, now stands at 57-38-8 in his 17-plus-year career.

At 170 pounds, three rounds was not enough to separate Dream veteran Andrews Nakahara (4-2-2) and Jung Hwan Cha (10-6-3). The Vitor Belfort training partner came close to securing a submission finish toward the end of the first round with a rear-naked choke and then an arm-triangle choke, but Cha escaped both, but the most eye-catching action of the fight came in the dying seconds of the second frame, as Cha took the Kyokushin karate star's back and rained down hammerfists.

Neither man was able to seize the initiative in a tense final round and the fight was judged a draw. It is the consecutive stalemate in Road FC for both Nakahara and Cha.

UFC bantamweight veteran Issei Tamura's bad luck continued as the former Shooto rookie champion was choked out in the third round by Min Jung Song.

Tamura was tagged with a straight right followed by a knee in the early exchanges, but was able to recover and control position. Song began to take control of the fight late in the second stanza with a head kick , followed by a perfectly-executed trip into side control. The Korean looked to be the much more confident of the two fighters in the third. The momentum was all Song before he took Tamura's back late and sinking the rear-naked choke, handing him his fifth loss in seven bouts.

South Korean lightweight mainstay A Sol Kwon returned after a two-year absence to a brutal knockout from Pancrase-reared Koji Nakamura. It was the outspoken Kwan's first bout since returning from mandatory military service, but Nakamura landed a crushing head kick and follow-up hammerfists to spoil Kwan's comeback bout at 3:05 of the second round.

Road FC's featherweight grand prix semifinals are still not quite decided. After Young Bok Gil came in overweight Friday, his semis bout with Mu Gyeom Choi was postponed. However, Bae Young Kwon quickly put away Japan's Kosuke Umeda with a knee to the body in the first round to book his spot in the finals.

Also at 145 pounds, Yoon Heo outgrappled Byung Ok Cho from the clinch to a two-round decision and Uh Jin Jeon blitzed Jae Eun Yoon in under 30 seconds for the TKO win.