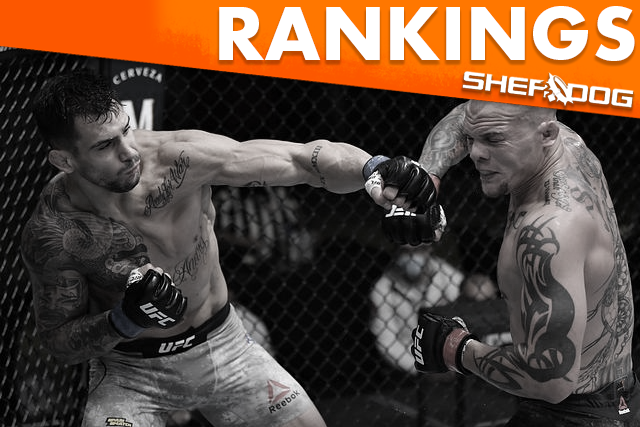 
Aleksandar Rakic is a rising contender in the brave new world that is the Ultimate Fighting Championship’s light heavyweight division.

The surging Austrian put forth a workmanlike effort in the UFC Fight Night 175 main event on Saturday, as he overpowered and overwhelmed a frustrated Anthony Smith at the UFC Apex in Las Vegas. A victory – especially a dominant one -- over a former title challenger is no small feat, but “Rocket” is only able to rise from No. 12 to No. 10 in Sherdog.com’s latest 205-pound poll on account of his contentious split-decision setback to current No. 9 Volkan Oezdemir this past December.

On the heels of consecutive lopsided defeats, Smith falls from seventh to 11th – and is left to contemplate his future in a division that once provided him new hope.