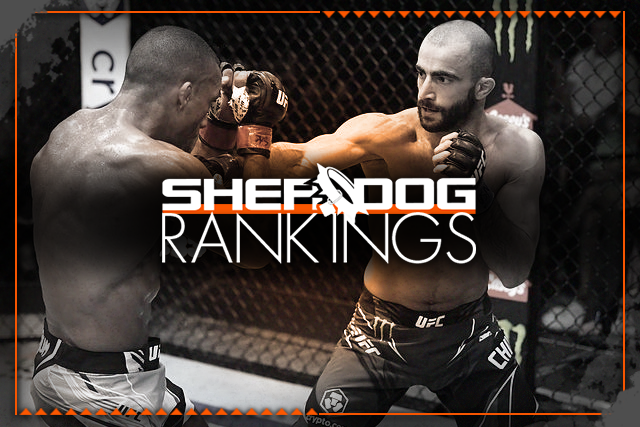 The Georgian featherweight made a statement in the UFC on ESPN 30 headliner, flooring Edson Barboza twice en route to a third-round technical knockout victory on Saturday at the UFC Apex in Las Vegas. Chikadze has won nine straight bouts – including seven in the UFC – and has responded appropriately to a gradual upgrade in the level of his opposition.

After sometimes playing with his food in comfortable decision victories against unheralded – and occasionally short-notice – foes, “Ninja” has turned up the heat with three consecutive finishes, including notable stoppages of Octagon stalwarts Barboza and Cub Swanson. The future could be very interesting indeed for the Kings MMA product. What it means for now is that Chikadze makes his Top 10 debut in Sherdog.com’s divisional rankings, supplanting Dan Ige at the No. 10 spot at 145 pounds.