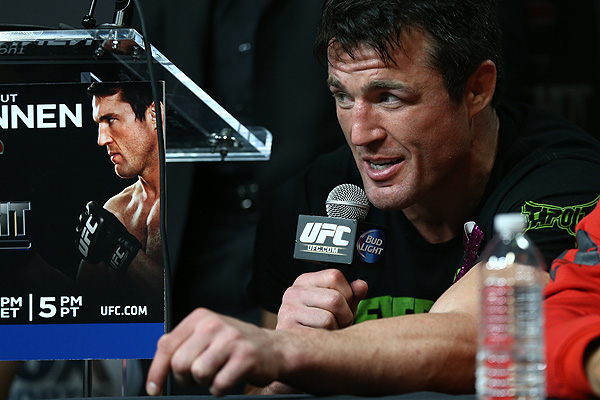 It is unusual for a fighter to remain unranked after beating a top 10 opponent, but then again, Chael Sonnen is not your usual fighter.

A slight betting underdog heading into his Aug. 17 bout against Mauricio “Shogun” Rua, Sonnen surprised many, not only by winning but by submitting the former UFC light heavyweight titleholder in the first round.

However, the trash-talking Oregonian never intended to stay at 205 pounds; in July, Sonnen announced plans to move back to 185 following the Rua fight, in pursuit of Sonnen’s long-desired matchup with Wanderlei Silva. Despite his strong résumé at middleweight, Sonnen has not competed in the division since his July 2012 loss to Anderson Silva, making him ineligible for these rankings. Rua, a longtime light heavyweight ranker, also exits the top 10 after suffering the first back-to-back losses of his 11-year career.

The UFC Fight Night 26 heavyweight co-headliner had another unpredictable finish, as 6-foot-7 Hawaiian Travis Browne overcame a rough start to knock out Alistair Overeem with a highlight-reel front kick. The victory sees Browne enter the heavyweight rankings at No. 9, while Overeem falls four spots to No. 10.

On the undercard of the UFC’s Fox Sports 1 debut, Urijah Faber and Michael McDonald showed why they are the second- and third-ranked bantamweights in the world. Faber weathered a first-round assault from unranked Iuri Alcantara before dominating the final two frames on the ground to earn a unanimous decision. McDonald picked up the first submission win of his UFC career by battering and then triangle-choking tough Brit Brad Pickett, who drops one spot to No. 6.