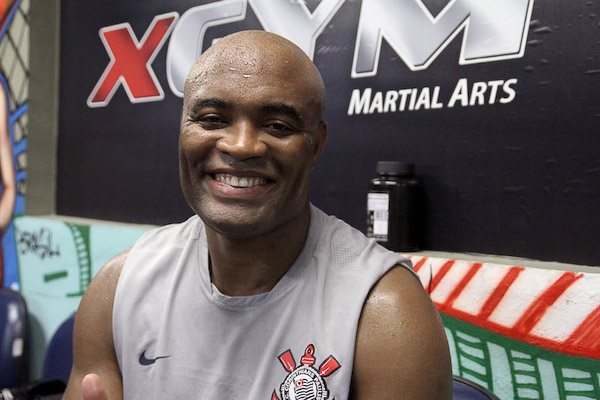 
The pound-for-pound king will fight Chael Sonnen, but it just won’t be in front of 50,000-plus countrymen at Joao Havelange Stadium in Rio de Janeiro as originally anticipated. Due to a conflict with a United Nations Conference on June 20-22, the much-hyped rematch is expected to take place on July 7 in Las Vegas. “The Spider” last competed at UFC 134 in August, where he earned a second-round TKO victory against Yushin Okami.


This summer, Sonnen will finally get the chance to avenge his UFC 117 loss to Anderson Silva, a bout he controlled for the better part of four rounds before falling prey to a triangle armbar from “The Spider.” Sonnen has bounced back well from the heartbreaking defeat, besting Top-10 middleweights Brian Stann and Michael Bisping in his last two appearances.


The former Oklahoma State wrestler notched the biggest win of his career on Nov. 5, stopping Chris Leben between the second and third rounds of their UFC 138 main event. The “Filipino Wrecking Machine” appeared to be on the brink of title contention before an elbow injury took him out of his Jan. 28 meeting with Chael Sonnen.


Bisping, who had a four-fight winning streak halted by Chael Sonnen at UFC on Fox 2, jumps back into the fray on July 7, when he takes on the red-hot Tim Boetsch at UFC 148. The fight will have a different feel for the Englishman, who announced his split from longtime gym Wolfslair Academy in February.


Belfort had two hurdles in place before the year even started. Last month, he cleared the first with a resounding first-round submission of Anthony Johnson in Rio de Janeiro. Next up: a June rematch with old nemesis and fellow Brazilian MMA icon Wanderlei Silva, which will come at the end of the pair’s stint as coaches on “The Ultimate Fighter: Brazil.”


With three straight victories to his credit since dropping from light heavyweight, “The Barbarian” is looking pretty comfortable at 185 pounds. Boetsch’s improbable comeback win over Yushin Okami at UFC 144 rocketed him to contender status, as evidenced by his July 7 showdown with Michael Bisping.


After going nearly eight years between stoppage losses, Okami has now been punched out in back-to-back Octagon appearances. The perennial middleweight contender was well on his way to rebounding from an August drubbing at the hands of Anderson Silva when Tim Boetsch surged back to score a comeback win in the third round of their bout at UFC 144.


Stann got back on track in Sweden, scoring an emphatic first-round knockout over Alessio Sakara at UFC on Fuel TV 2. The “All-American” further reinforced his good guy image in victory by imploring referee Marc Goddard to stop the fight once Sakara was rendered unconscious.


In the first defense of his Strikeforce middleweight title, Luke Rockhold showed the offensive acumen that makes him an interesting up-and-comer in smashing veteran Keith Jardine in the first round. Unfortunately, the oft-injured Rockhold broke his hand, putting the brakes on any discussions his second title defense.


It wasn’t pretty, but Weidman took a chance and wound up propelling himself into the ranks of the 185-pound elite with his Jan. 28 victory against Demian Maia. The “All-American” accepted the bout on just 11 days’ notice when Maia’s original opponent, Michael Bisping, was called up to face Chael Sonnen.

With no fights at middleweight in the last 365 days and none scheduled in the next 90 days, previously sixth-ranked Nate Marquardt exits the middleweight rankings.