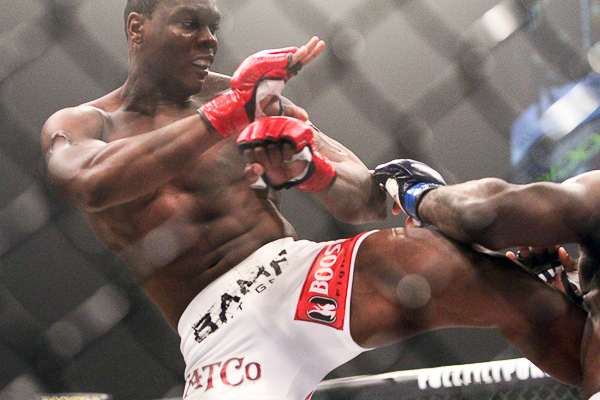 
The Ultimate Fighting Championship returns to Tennessee for the first time in more than three years with a decent offering on Fox Sports 1 this Saturday at the Bridgestone Arena in Nashville. In the main event, former top contender Glover Teixeira attempts to right the ship against the surging Ovince St. Preux. This is an outstanding light heavyweight bout, one of the best that can be made in a thin division, and it should provide fireworks.

Underneath the headliner, Beneil Dariush attempts to continue his torrid rise in the lightweight ranks against Michael Johnson. This is a crackerjack of a matchup between two of the division’s best young fighters, and the winner will likely be fighting for a title before long. After the co-main event, however, the quality of the card drops off considerably. Derek Brunson and Sam Alvey clash in an intriguing middleweight pairing, and Ray Borg takes on the debuting Geane Herrera in a fun flyweight battle to round out the relevant bouts on the main card. The prelims carry some interest, as Uriah Hall and Oluwale Bamgbose meet in an action fight, while Sara McMann and Amanda Nunes clash in an outstanding women’s bantamweight scrap.

Let us take a deeper look at each UFC Fight Night “Teixeira vs. St. Preux” matchup:

(+ Enlarge) | Photo: Gleidson Venga/Sherdog.com
Teixeira has skills in all areas.
THE MATCHUP: Two fighters whose careers seem to be moving in opposite directions collide, as former title challenger Teixeira takes on the fast-rising St. Preux. It is rare for Joe Silva to book a fighter coming off a win against one coming off a loss, much less two in a row; however, that is the case here with Teixeira having dropped lopsided fights to Jon Jones and Phil Davis and St. Preux having finished Mauricio Rua and Patrick Cummins in his last two outings. If Teixeira wins, he stays relevant in a thin division, but if St. Preux takes this, he will likely have the inside track to the next title shot.

Teixeira burst onto the UFC scene in 2012 as a 32-year-old finished product with a limited window through which to make his mark at the highest level. After his last two disappointing performances, there is a real chance that the window has closed for good. The Brazilian has plus skills in every area and can finish both standing and on the floor. As a striker, Texeira prefers to pressure. He stalks forward, slipping his head off the centerline to avoid his opponent’s jab and loading his hips to return fire when his foe throws. The straight right is Teixeira’s money punch, and he usually opens combinations with it, throwing it both as a lead and as a counter. While he prefers the right, the left hook is his most devastating punch, and he is much more effective, in general, when he utilizes it instead of spamming straights and overhands.

The rest of Teixeira’s game is every bit as effective. Though he struggled to defend Davis’ relentless chain wrestling, Teixeira’s takedown defense has generally been excellent, showing great balance and head pressure against the single-leg coupled with a strong sprawl. Offensively, Teixeira prefers the snatch single-leg takedown and a double, and he is effective with both. His front headlock game combines go-behinds and back-takes with the threat of a lethal guillotine. Once he gains top position, he passes smoothly, is nearly impossible to shake off, drops bombing ground strikes and can finish with submissions.

St. Preux is enormous and boasts outstanding physical tools, with great speed, power and spatial awareness. It is one thing to have physicality and another to build a game around effectively employing it: St. Preux has done it. A southpaw, he uses his length effectively, tossing out powerful left front and round kicks and measuring with his jab while mixing in the occasional blitzing combination of punches. When his opponent commits to attacking, St. Preux responds with a lightning-fast left hook or uppercut to catch him coming in. His timing is outstanding, and he excels at placing his shots through small gaps in his opponent’s defense. He rarely stands in front of his opponent for long and consistently creates space or an escape angle after throwing his counters.

A decorated high school wrestler, St. Preux mixes in the occasional double-leg with his striking repertoire. He is difficult to take down, and his length, command of space and counters make it a struggle to cover the distance enough to get a clean shot at his hips. St. Preux is not an outstanding grappler, but he has a basic knowledge of submissions and position and uses wrestling-style rides well. The problem with St. Preux’s style is that it requires a great deal of energy, and even when fresh, he does not produce much offense, throwing only six to 10 strikes per minute. That means he gives away rounds on activity and tires late.

THE PICK: As the betting odds indicate, this looks like a close fight. Teixeira has the better resume, but he is on a two-fight losing streak and might be on the downslope of his career. From a stylistic perspective, the pick does not get any easier. St. Preux will probably not attempt to take down Teixeira, while the American’s takedown defense is probably good enough to keep it standing early, especially since Teixeira gets his takedowns from close range rather than driving through explosive blast doubles in space. As a striking matchup, this is intriguing. Teixeira is aggressive and will give St. Preux opportunities to land his counter shots, and early in the fight, the Brazilian will probably struggle to close the distance on his longer, faster opponent. Essentially, St. Preux needs to stick his counters and move consistently. The question is whether he can do that without draining his gas tank, as we know that Teixeira will be relentless. I think the American can crack Teixeira’s chin and land something big. The pick is St. Preux by knockout in the third round.