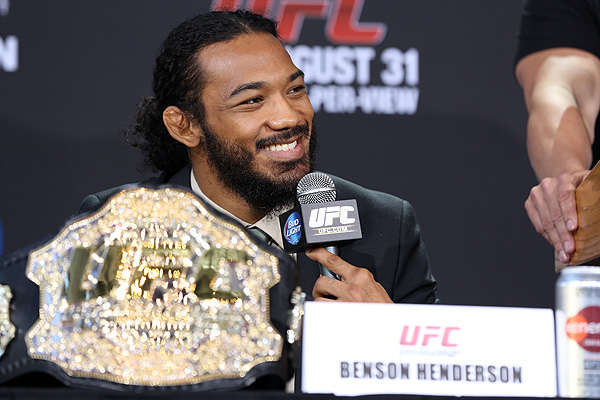 Benson Henderson has won 17 of his past 19 fights. | Photo: Dave Mandel/Sherdog.com


While this was not the matchup for which Josh Thomson was hoping -- he was originally scheduled to challenge Anthony Pettis for lightweight gold in December -- it is probably the next best thing. Before onetime champion Benson Henderson was submitted to a Pettis armbar in Milwaukee last summer, the MMA Lab standout had won his first seven Ultimate Fighting Championship bouts, including three successful title defenses against Frankie Edgar, Nate Diaz and Gilbert Melendez.

Even if he is not a clear-cut No. 2, Henderson is undeniably still one of the best lightweights in the world. If Thomson can defeat the toothpick-wielding former champ in the UFC on Fox 10 headliner on Saturday at the United Center in Chicago, his spot as the division’s No. 1 contender figures to be further legitimized.

Here is a closer look at the UFC on Fox 10 card, with analysis and picks: 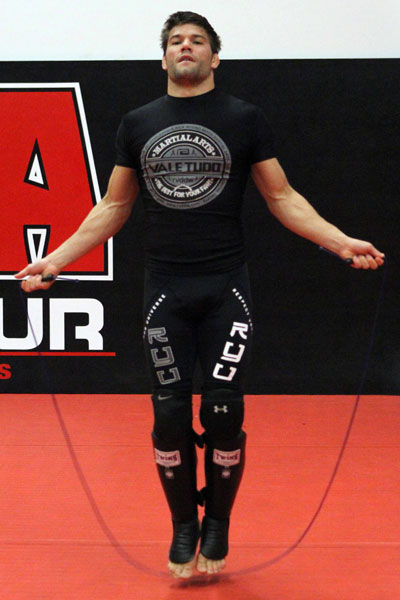 Photo: Dave Mandel/Sherdog.com
Thomson has few weaknesses.
The Matchup: By becoming the first man to finish the ultra-durable Nate Diaz at UFC on Fox 7, Thomson thought he had earned himself a shot at newly minted lightweight champion Pettis in December. Unfortunately, lingering knee issues will keep Pettis on the shelf for at least the first half of 2014, so instead Thomson gets Henderson, who relinquished the 155-pound strap to “Showtime” at UFC 164.

It was jarring to see Henderson -- who is known for his flexibility and once survived nine submission attempts against Donald Cerrone in their WEC 43 classic -- tap to an armbar, but it is also important to remember that Pettis has a very crafty guard and had softened Henderson with a series of brutal body kicks before the submission.

Pettis was by far the most kick-centric opponent Henderson had faced in the Octagon, but now he meets another foe who is reliant on a number of kicking techniques. Thomson eschewed the use of his hands almost entirely in the early going against Diaz, instead electing to attack the Stockton, Calif., native with kicks to the legs while constantly moving and switching stances.

Eventually, Thomson was able to find a home for a head kick in the first round and repeated the feat more emphatically in the second frame, where his shin connected with Diaz’s head to end the bout.

Thomson’s blend of footwork, movement and various kicks provides an interesting challenge for Henderson, a fighter whose standup is also primarily kick-based. Thomson clearly adopted a smart game plan based on movement to avoid prolonged exchanges with Diaz. Henderson, a southpaw, is different because his brand of pressure includes imposing his will in the clinch and on the mat. At his best, few foes can match the relentless pace of the MMA Lab product, and his ability to scramble out of danger and into dominant positions should prove useful against Thomson’s underrated wrestling.

Expect Thomson to rely on his jab more than he did against Diaz, in part because Henderson is vulnerable to counters when throwing his preferred kicks to the legs and body. Additionally, “Smooth” tends to get a little wild with his hands during exchanges, which could prove dangerous against Thomson’s precise kickboxing.

Henderson’s upper-body strength and athleticism will make it difficult for Thomson to mount much offense in tie-ups against the fence. Any significant amount of time spent in the clinch and defending takedowns is going to be draining for Thomson. He would be better served to keep Henderson at a distance using his arsenal of kicks -- his teep could prove particularly useful at range. As solid as Thomson is on the ground, it is difficult to imagine him getting the nod from the judges if the majority of the fight takes place there. However, his ability to set up multiple kicks will make things interesting, particularly given Pettis’ success landing to the body against Henderson at UFC 164.

The Pick: This has the look of another Henderson nail-biter. Thomson has the tools to test the former champion, but in the end, Henderson’s relentless pace will make the difference. “Smooth” wins by decision.