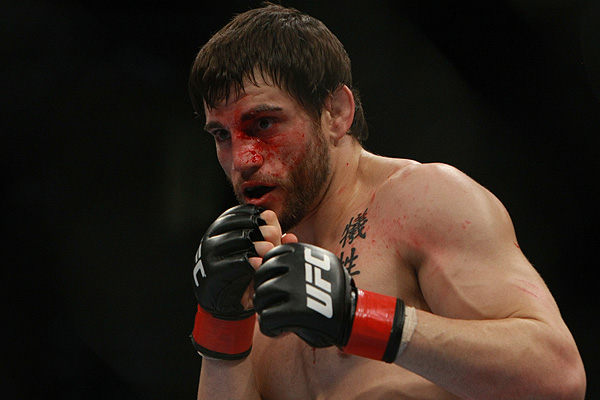 Jon Fitch has secured 14 of his 24 victories by decision. | Photo: Dave Mandel/Sherdog.com


The World Series of Fighting has already demonstrated a commitment to developing prospects of its own, but when a high-profile fighter such as Jon Fitch suddenly becomes available, it is hard to blame the upstart promotion for pouncing. Fitch anchors the Las Vegas-based organization’s third offering, as he squares of with the surging Josh Burkman in the main event on Friday at the Hard Rock Hotel and Casino in Sin City.

Though Ben Askren may disagree, Fitch is arguably the best welterweight not under Zuffa contract, and he should be motivated to prove himself against a fellow Octagon veteran. A loss, however, would go a long way toward justifying the Ultimate Fighting Championship’s decision to release him. Call Fitch boring if you must, but that makes for compelling television.

A few familiar names populate the rest of the card, but the WSOF also continues its trend of giving airtime to fledgling prospects -- as evidenced by the co-main event status of the welterweight showdown between Tyson Steele and Steve Carl. Sherdog.com will stream the undercard live and free.

Here is a closer look at the World Series of Fighting 3 lineup, with analysis and picks: 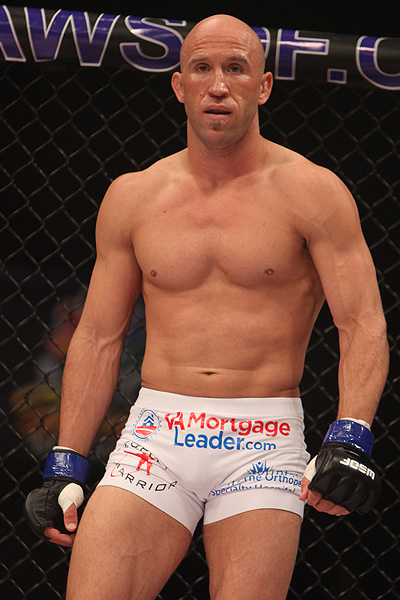 File Photo
Burkman has won four straight.
The Matchup: Too expensive for the liking of UFC President Dana White, Fitch fights outside the Zuffa-owned promotion for the first time since July 9, 2005. The former No. 1 contender makes his WSOF debut having won just once in his last four outings, though losses to Demian Maia and Johny Hendricks and a draw with B.J. Penn are nothing of which to be ashamed. Now 35 years old, the American Kickboxing Academy product may no longer be at the peak of his powers, but he remains one of the world’s best welterweights.

A cast member of Season 2 of “The Ultimate Fighter,” Burkman was released by the UFC after compiling a 5-5 record, including a second-round rear-naked choke defeat to Fitch in April 2006. The Salt Lake City native has since rededicated himself to the sport, posting a 7-1 mark since his last Octagon appearance. “The People’s Warrior” took out one ex-UFC talent with a decorated wrestling background at WSOF 2, stopping Aaron Simpson with knees and punches 3:04 into round one of their March encounter. The Team Quest product controlled the fight throughout, landing accurate, powerful punches and punishing knees in the clinch. After thwarting Simpson’s takedown game, Burkman expressed his desire to fight for the WSOF 170-pound title -- a belt which has not yet been created. If he downs Fitch, Burkman would seem to have a legitimate claim to that throne.

A former college football player, Burkman is likely the more gifted athlete in this matchup, but that often means little in the face of Fitch’s constant pressure. The former Purdue Boilermaker has a limited striking arsenal, but he has a good grasp of how to punch his way into clinch range. His lack of overall athleticism when throwing strikes leaves him susceptible to counters, something Burkman must capitalize on when his opponent moves forward. Burkman used kicks to the legs and body to keep Gerald Harris at a distance in their WSOF 1 encounter, another tactic he should attempt to utilize against Fitch. The chances of a Hendricks-type knockout are unlikely, so Burkman must land in volume and avoid spending significant amounts of time with his back against the fence in order to win rounds.

Fitch is a smart fighter who will only engage on the feet for as long as is necessary; once he ties up Burkman, he will dig in for takedown attempts. On the floor, Fitch stays just active enough, working to pass guard and attacking with punches, elbows and hammerfists when a foe attempts to escape. His submission defense is excellent, as Maia, Penn and Erick Silva all had him in precarious positions without earning a finish in recent fights.

While a superior grappler can win scrambles and transitions against Fitch, Burkman will likely struggle if engaged in a cardio-draining clinch battle against a bigger, stronger opponent. His best chance at victory lies in using movement, counters and kicks at various levels to keep Fitch off balance. Once Burkman is planted on the canvas, he will find it difficult to return to his feet.

The Pick: Burkman has had a nice run of late, but he has not faced anyone the caliber of Fitch in quite some time. Fitch scores multiple takedowns, lands a decent amount of ground-and-pound and generally frustrates Burkman en route to earning a unanimous verdict.