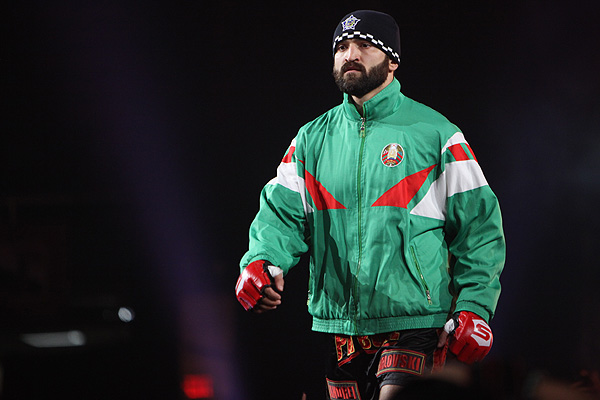 
When it comes to personal hygiene and brand new mixed martial arts promotions, you never get a second chance to make a first impression. Recognizing that people tend to remember what they see first, upstart World Series of Fighting has signed a collection of former talents from promotions such as the Ultimate Fighting Championship, Strikeforce and Bellator Fighting Championships. Combine that with an NBC Sports Network deal and the fledgling organization would seem to have a promising foundation in place.

The narrative for many of the fighters on the card is a familiar one; with a couple of key wins Athlete X hopes to return to past glories. Of course, if all goes well, perhaps the Andrei Arlovskis and Miguel Torreses of the world become WSOF staples. At least one thing is clear: with Strikeforce canceling its event on the same night, the inaugural show will no longer be vying for attention against more established competition. Taking place at the Planet Hollywood Resort and Casino in Las Vegas, World Series of Fighting 1 features a total of 11 bouts. The five main card attractions air on the NBC Sports Network; the six prelims stream live on Sherdog.com.

Here is a look at the card, with analysis and picks. Photo: D. Mandel
Cole has not been KO’d since 2007.
The Matchup: By hitching its wagon to Arlovski as the headliner of its first-ever event, the World Series of Fighting is hoping that it gets something that resembles the menacing former UFC heavyweight champion of years past. It has been a long time since the bearded Belarusian has showcased that form, but he has been trending upward slightly since a humbling four-fight losing streak concluded with a loss to Sergei Kharitonov in February 2011.

Since then, “The Pit Bull” scored stoppages against Ray Lopez and Travis Fulton under the ProElite banner before battling to a frustrating no contest with longtime rival Tim Sylvia at One Fighting Championship 5 on Aug. 31. Of those bouts, his fourth encounter with Sylvia was the most encouraging; the two former champions went back-and-forth in round one, and Arlovski picked up the pace in the second frame, dropping his foe with a three-punch combination before apparently ending the contest with a pair of soccer kicks. The bout was ruled a no contest because the referee had not given the OK for the kicks; One FC has since adopted Pride Fighting Championships rules for soccer kicks. Most of the physical gifts are still there for Arlovski; his mentality is key to his success going forward.

An eight-time veteran of the now-defunct International Fight League, Cole has bested current UFC talent Shawn Jordan and Gabriel Salinas-Jones in his last two outings. The Oregonian was rumored to have been offered a spot on the UFC on Fox 4 card opposite Travis Browne when Ben Rothwell withdrew from the fight, but concerns regarding a 2008 rape allegation -- the charges were later reduced -- against Cole ultimately led to the offer being rescinded. Now 36 years old, Cole does not figure to have many more opportunities to take center stage, and a win over a recognizable name such as Arlovski would bolster his resume significantly.

On the feet, Arlovski has the advantage. The Jackson’s Mixed Martial Arts representative is a good athlete who can keep Cole guessing by consistently utilizing movement and angles throughout the contest. Though he does not necessarily have a go-to punch, Arlovksi has finishing power in his hands when he feels confident enough to pull the trigger. In recent years, Arlovski has been more hesitant to open up, even against marginal fighters such as Fulton. For much of their bout, “The Pit Bull” was content to stay on the outside and land leg kicks and jabs. When he finally made a serious move, the results -- a left head kick knockout at 4:59 of round three -- were spectacular.

Unless he can somehow lure Arlovksi into standing directly in front of him, which is not entirely out of the realm of possibility, Cole should strive to make this a clinch-and-takedown affair. Cole is durable, with enough of a gas tank to maintain a consistent work rate on the mat.

Arlovski’s sambo background will make him difficult to take down, however, and his own grappling and submission skills tend to be underrated. While the temptation is to attempt to test Arlovski’s chin, Cole is simply not technical enough to go toe-to-toe with his opponent on the feet. By remaining persistent with shots and tie-ups, Cole might be able to wear down Arlovski and force him into more of a careless, brawling approach.

The Pick: Arlovski’s takedown defense is stout enough to resist Cole’s best efforts, and his speed will allow him to avoid serious danger in exchanges. Arlovski wins via late TKO stoppage or decision.