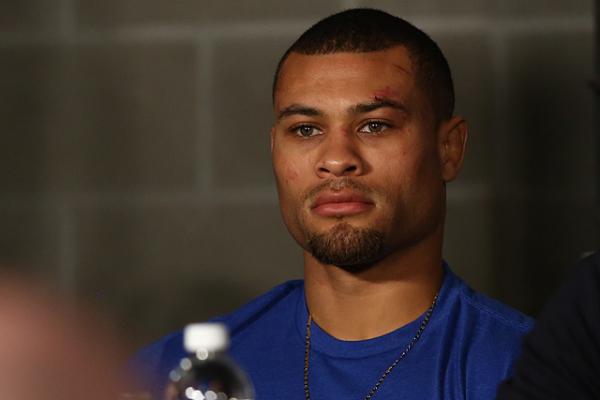 
Abel Trujillo put his stamp on UFC 169 by rewarding those who showed faith in him.

The Blackzilians representative racked up his second consecutive win at UFC 169 on Saturday at the Prudential Center in Newark, N.J., as he knocked out Jamie Varner and pocketed $125,000 in bonus money for “Fight of the Night” and “Knockout of the Night.” Trujillo was a +103 underdog against Varner (-123), according to BetDSI.com.

Varner, who stepped in for an injured Bobby Green on short notice, was a game opponent. The former World Extreme Cagefighting champion attempted a north-south choke in the first round and showcased his striking skills in the second before ultimately succumbing to a brutal right hook from Trujillo. It was the first knockout loss of Varner’s career.

UFC 169 was not without its share of controversy. Tristar Gym’s John Makdessi (-130) found himself on the wrong side of a unanimous decision against Alan Patrick Silva Alves (+110). While Alves landed a few takedowns, he did not do much to back them up. He was quite active on the feet but telegraphed his strikes, allowing Makdessi to easily dodge and counter them. However, two judges -- Ricardo Almeida and Sue Sanidad -- scored it 29-28 and the other, Cardo Urso, saw it 30-27, all in Alves’ favor.

Meanwhile, onetime British Association of Mixed Martial Arts champion Tom Watson (-135) lost a split decision to Nick Catone (+115) at 185 pounds. Watson utilized hard leg and body kicks while working his right hand throughout the three-round encounter. Catone mixed his strikes with takedowns, perhaps finding favor on the scorecards with his ability to control parts of the fight on the ground. Two judges -- Michelle Agustin and Tony Tamburrino -- scored it 30-27 and 29-28 for Catone, while Urso cast a 29-28 score for Watson.