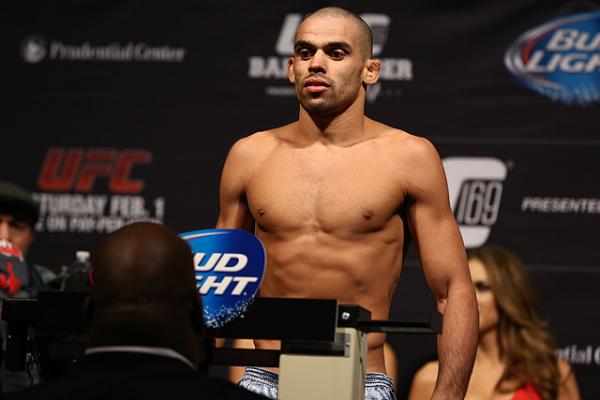 He was crowned the bantamweight division’s undisputed champion before UFC 169 even began, but Renan Barao needed a little less than four minutes to prove himself worthy of the distinction.

Having already outpointed Urijah Faber for the interim belt at UFC 149, Barao finished the rematch against “The California Kid” in far more impressive fashion. While the timing of the opening-round stoppage was disputed, the Nova Uniao product’s excellence leading up to that point was not. With former champ Dominick Cruz on the mend yet again, fresh contenders will be needed to challenge a divisional king who could be settling in for an extended reign.

Meanwhile, Barao’s Nova Uniao teammate Jose Aldo extended his streak of successful UFC title defenses to six on the very same card. The featherweight titlist was so dominant against Ricardo Lamas at UFC 169 that, without a spectacular finish, his effort might be taken for granted. While other challengers await at 145 pounds, a move to lightweight -- along with a superfight against Anthony Pettis -- beckons. No matter what happens, Aldo’s future promises to be interesting.

Elsewhere, Ali Bagautinov officially announced himself as a flyweight contender with a unanimous decision victory over the heavy-handed John Lineker at UFC 169, and Luke Rockhold shook off the agony of a brutal knockout loss to score an impressive stoppage of his own against Costas Philippou at UFC Fight Night 35.