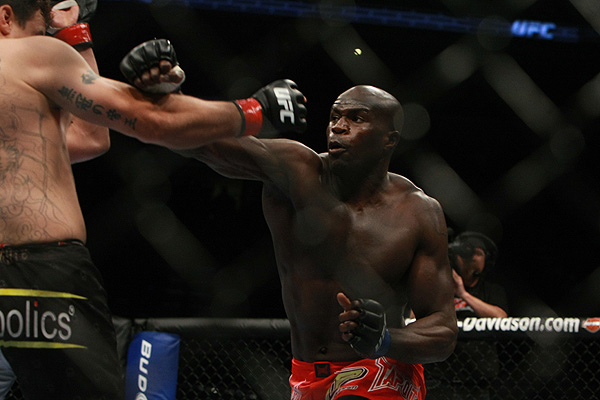 The show takes place Friday at the Visalia Convention Center in Visalia, Calif., and the main draw airs live on Spike TV immediately following the preliminary stream on Spike.com.

Here is what to watch for at Bellator 102:


Where will Kongo stand in Bellator MMA’s heavyweight division? My guess: near the top.

Do not misunderstand me. In no way am I saying that Kongo will simply walk in and demolish Bellator’s big boys, despite the division’s lack of depth. You have all heard the clichés many times before. This is mixed martial arts. You cannot count out anybody. One punch can change everything. Fatigue makes cowards of men.

While all of that is true, more often than not, favorites come out ahead, as they do in most professional sports. Given Kongo’s experience and track record in the UFC, I think it is reasonable to assume that he will earn a title shot at some point, even if he comes up short in Season 9.

I do not know if Kongo feels like he has something to prove as Bellator’s newest heavyweight, but I think it is likely. The Frenchman has gone 2-2 in his last four outings, and his defeats were first-round knockouts at the hands of Mark Hunt and Roy Nelson. His victories, by contrast, were drab decisions over Matt Mitrione and Shawn Jordan. I doubt anyone has forgotten his spectacular comeback knockout over Pat Barry two years ago, but that highlight has seen a considerable amount of shine taken off of it in the wake of his last four fights.

Now paired with once-beaten Englishman and fellow Bellator debutant Godbeer, can Kongo take advantage of the four-man draw and take his first step toward a title shot?


Like Kongo, Lavar Johnson was until recently swimming in the much deeper waters of the UFC heavyweight division, which is arguably as strong as it has ever been.

“Big” is not a world-beater, but has overcome some serious adversity to put together a 24-fight career on the strength of his power punching. Shot in the abdomen during a 2009 family gathering, Johnson was hospitalized in serious condition but recovered from the wound and won back-to-back fights the following year. Though the 36-year-old performed the same feat to begin his UFC career in 2012, he was nevertheless bounced from the organization on the heels of one-sided losses to Stefan Struve and Brendan Schaub. Johnson’s final appearance in the promotion was also marred by a failed drug test, in which the heavyweight produced an elevated testosterone-to-epitestosterone ratio.

Now Johnson will square off with Vinicius Kappke de Queiroz, who returns to action for the first time since his technical knockout defeat to current Bellator heavyweight champion Alexander Volkov. Can Johnson make a “Big” splash in his Bellator debut? 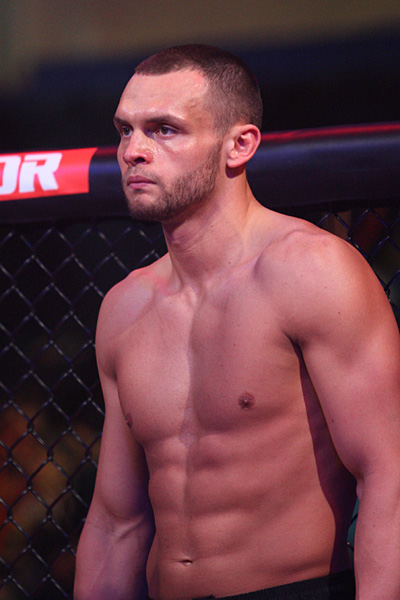 Photo: Keith Mills/Sherdog.com
Butcher has finished all seven foes.
Mikkel Parlo and Jason Butcher made strong cases to be called the middleweight tournament favorite in the quarterfinal round.

On one hand, Butcher survived an encounter with Giva Santana on the mat -- a claim that few of his armless opponents have been able to make. Butcher exhausted his veteran foe in the first frame, scrambling to make the 41-year-old deplete his energy reserves before stopping him with punches in the second round.

Meanwhile, Parlo put forth an excellent performance against the highly regarded Brian Rogers, taking “The Professional Predator” into deep waters and hurting him badly in the third round en route to earning a unanimous decision victory.

Can the 23-year-old Dane snap Butcher’s career unbeaten streak and punch his ticket to the tournament final to meet the winner of Brennan Ward’s clash with Joe Pacheco?


Two new bantamweight tournament winners will be crowned in Season 9, and I must say, it is about time.

Bellator bantamweight champion Eduardo Dantas last defended his title in February against Season 6 tournament winner and fellow Nova Uniao rep Marcos Galvao, who won his bracket nearly 14 months ago by smashing Luis Nogueira. As a result, one of Bellator’s most exciting young talents has been sitting on the shelf like that big, greasy bottle of Wesson vegetable oil you only break out when it is time to pan fry some breakfast pork chops.

The point: “Dudu” needs more competition, and preferably none of them should be his Nova Uniao homeboys. Enter Rafael Silva and Anthony Leone, both of whom impressed in their Summer Series performances by picking up third-round rear-naked choke victories over Rodrigo Lima and Frank Baca. Which of these men will assert himself as Dantas’ next challenger?


Lock the door and hide the kids, because “Big Monster” is back.

A veteran of Brazil’s bare-knuckle Rio Heroes promotion, Thiago Santos joined Bellator in 2011 and immediately looked like a sure thing after demolishing Josh Burns and Neil Grove. “Big Monster” ran into some big problems, however, when he toe-punted Eric Prindle in the groin, resulting in a no-contest and a postponed Season 5 heavyweight tournament final. The Brazilian then failed to make weight for their March rematch, resulting in Prindle being awarded the tournament title by default.

The heavyweights would indeed rematch 10 months later, with Prindle getting himself disqualified for burying his heel into Santos’ vital bits with an ill-conceived axe kick. Santos then saw his title hopes squashed by Rich Hale, but I maintain the 26-year-old still has it within him to become Bellator heavyweight champion if he comes to the dance in shape. I think his match with Javy Ayala will tell us much about how Santos has spent this past year on the sideline.