A companion piece to this went up on Thursday to illustrate some of the choices that respectable submitters can take to make their Sherdog Fight Finder experience an efficient one. Tragically, not all encounters with any random manager, fighter or promoter can result in smooth sailing, and because of that, we feel compelled to provide a list of things that any reasonable person should not do when sending information to the Fight Finder. You opened the box, we came. Consider the gloves off.

We thought that our Sherdog Fight Finder reintroduction piece would smack some sense into you, especially if you read the translated copy a bit lower down the page that is much more forceful than we could muster in English. We expected that our official guide would serve as a tool for prospective submitters to our service. We even considered that some of the previous FF-Files pieces pointing out fraudulent submissions or nonsense words would convince you to read over your email again before hitting send. We were wrong.

Featured here is but a partial list of what you absolutely, unquestionably should not do when sending results or updates to Sherdog Fight Finder. Worry not, as there will be multiple editions from this particular line of “knock it off” suggestions.


As long as you sent it to [email protected], we got it the first time. There is no reason for you to send it four more times in the span of two days. It will only serve to gum up the works if the Fight Finder inbox gets clogged up by your constant nagging. The team is an international one, but even we need sleep sometimes. Some of your submissions are complicated; others have dozens of videos included. They take time, so don’t hammer our inbox with the same request again and again. If you do, we can’t guarantee that your request will be handled in the order in which it was initially received.

Don’t: Send in a single fight from a multi-bout event


It doesn’t matter what other events have listed in the past. It also does not matter what was grandfathered into the database from 2011, when information was more limited and the access to Fight Finder was not as simple as it is now. Our inbox hasn’t changed, and even though there have been multiple staff rotations over the years, our mission and directives have never shifted. If there is a World Ertaymash Federation fight card that needs attention and you only send in one or two fights and claim it’s the event in its entirety, accompanied by the “trust me, brother, I would not lie to you” directive, what kind of fools do you take us for? Those events are marathons; for example, its most recent event staged around 50 fights over the course of the weekend. The notion that only your fighter and one other competitor won on a particular night is laughable when dealing with this kind of promotion, which often cracks the 20-bout mark for one show.

We need the full listings so as to not provide a disservice to every other competitor on the fight cards. Why is it fair that your fighter gets preferential treatment when another’s manager hasn’t learned how to google Sherdog Fight Finder? When we ask this of you, don’t whine and point out past examples where it might not be the case in the records. We don’t care about some other event when yours is the one you are submitting. It would be akin to a competitor complaining about an early stoppage by pointing out a later stoppage that same referee made at some other time. With the amount of time you waste arguing against a policy that won’t budge no matter how much you fuss, you could be gathering the very information we asked for to begin with. What a novel concept!


Sometimes, the lies told to us are so ridiculous that we cannot help ourselves from laughing. One manager, who has been trying to get a few of his fighters out of early pro losses for months, recently claimed that some event years ago took place around a holiday, and the regional governor does not permit pro matches on the day. So, just to get that straight, amateur matches are totally fine, but several of these professionals who decided to “imitate a duel” are exempt? Is that the best you can come up with? Claiming that this was a pro wrestling-style event where everything’s made up and the points don’t matter? 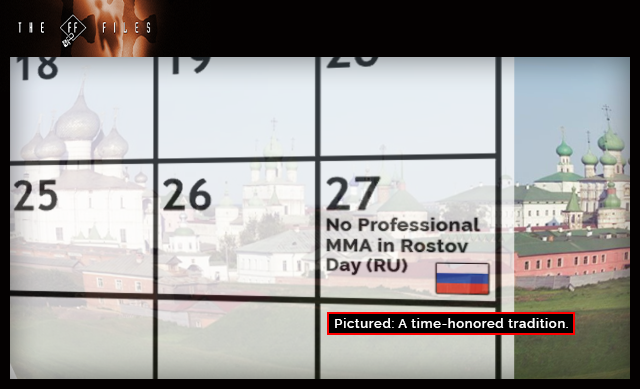 How about the famous stories where a fighter tries to pawn off a loss on his brother conveniently at the same weight class but without a Fight Finder profile? Imagine being the kind of human who would throw a sibling under a bus so that he could improve his MMA record from 3-1 to 3-0. Oh no, brother, Beknur Kochkorov did not lose, but instead it was Bilal Kochkorov who fought in his place—or vice versa. We get called “brother” a lot, if you hadn’t guessed, even though some Fight Finder staff members are women. Or better yet, consider that some of these people may be inventing fictional kinfolk to dump losses on. Have you no shame? 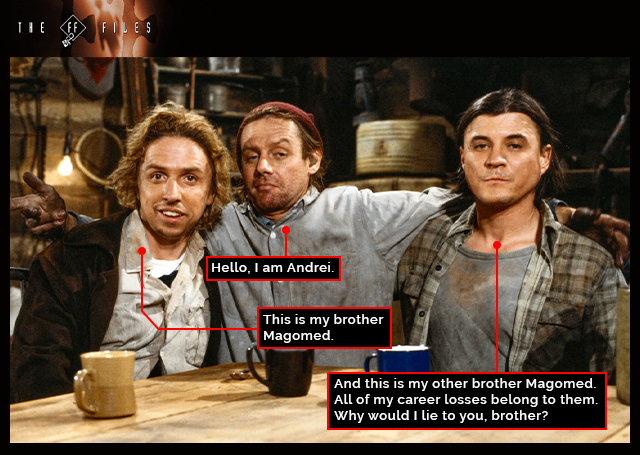 Trust us when we say that there are more than three Don’ts on this list, and the next installment will come sooner than later. If you make sure to avoid these issues and go straight, send all your Fight Finder-related inquiries to [email protected]
« Previous The FF-Files: The Do’s and Don’ts of Fight Finder | The Do’s