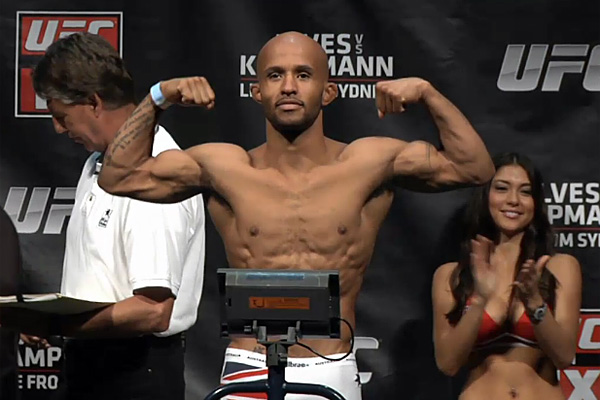 Much has been made of the scorekeeping blunder which marred Saturday’s Demetrious Johnson-Ian McCall tilt in Sydney, and rightly so. While it may not fit the traditional criteria for "Robbery of the Year," the botched verdict stole a chance at victory from both men and deprived fans everywhere of another round -- and a definitive outcome -- in a thrilling and historic bout.

Given the propensity of some cageside arbiters to overlook the finer details of the game, there was cause for concern heading into the UFC’s inaugural pair of flyweight matchups. Could a panel of three officials be trusted to render an accurate verdict for a fight at 125 pounds, a division defined by its competitors’ breakneck speeds and technical acumen? As it turned out, the doubt was not misplaced, though the judges were not entirely at fault.

There is no question that the blame for the debacle rests squarely on the shoulders of Craig Waller, executive director of the Combat Sports Authority of New South Wales. At the UFC on FX 2 post-fight press conference, Waller admitted to accidentally transcribing judge Sal D’Amato’s 10-8 third round in favor of McCall as a 10-9, thus awarding Johnson a majority win instead of the majority draw which should have triggered a fourth round.

However, with that mistake accounted for -- an unfortunate but ultimately understandable human error, even if eights rarely look much like nines -- another question arises: where were the other 10-8s in round three?

The first frame was predictably tough to call, with Johnson getting the better of the striking exchanges and McCall utilizing strong takedowns to impose his ground game. Judges D’Amato and Kon Papaioannou awarded 10-9 scores to Johnson, while Anthony Dimitriou saw it an even 10-10. All three judges sided with Johnson in the more clearly defined second stanza. 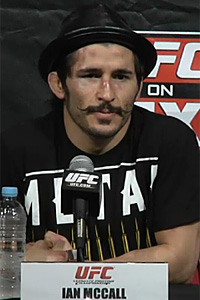 Ian McCall
McCall will get another shot.
The fight pivoted sharply and very nearly ended during round three, a fact which should have earned McCall the “W,” or another five minutes at the least.

Ninety seconds into the third, McCall hit a takedown on the back of a flying knee attempt from “Mighty Mouse.” A pair of heavy elbows to the temple seemed to briefly daze and slow down the normally indefatigable Johnson, who collected himself and rolled through to stand up. With the next combination he threw, Johnson was body-locked and slammed back to the mat; this time, McCall secured his back and wailed away on the suddenly prone Washingtonian with elbows and double-fisted strikes.

Johnson got to his feet and put punches on McCall’s face, then a hard front kick in his gut, but “Uncle Creepy” timed another long right hand to spin down Johnson for the fourth and final time. Johnson bled from his open mouth as McCall moved into full mount with just 38 seconds to go. Securing the position, McCall sat up and unloaded with punches that made Johsnon buck and squirm, eventually turning over with 20 ticks left on the clock.

In what may have been a fatal touch of bravado, McCall turned his gaze toward the Sydney crowd and screamed “Come on!” as he bashed away with wide lefts and rights. Had he kept his head down, literally, and assaulted his opponent with more power, McCall may well have forced a stoppage. At that point, Johnson was flat on his belly, simply covering his head and very much looking ready to be rescued by referee Leon Roberts.

Roberts did not step in, though, and the punches continued to the final horn, whereupon Johnson quickly hopped up and walked to his corner. While McCall engaged in premature celebration -- a backflip, a few pushups, some moustache twirling -- Johnson’s trainer, Matt Hume, looked to be getting his charge ready for a fourth round. Understandably so: even if Johnson had won the first and second periods narrowly, the near-stoppage in round three would ostensibly make for a 28-28 scorecard.

The data for what proved to be the final round illustrates just how lopsided it was: according to FightMetric.com, McCall out-landed Johnson 83-27 in total strikes, with an overwhelming 67 head strikes to Johnson’s 17. It was far and away the most uneven frame of the fight, and yet only judge D’Amato had recognized it.

There is, of course, no telling what might have happened had the final round been scored differently. Had judges Dimitriou and Papaioannou scored it 10-8, the bout still would have been a majority draw, only with one 29-28 for McCall. Maybe it would not have mattered because all three cards would have been tabulated incorrectly. But maybe it could have given us another five minutes of thrills and a winner, instead of a mess, for the first flyweight fight in UFC history.