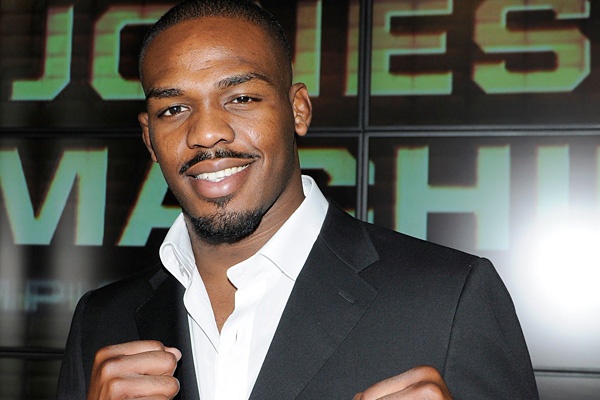 Jon Jones capitalized on his opportunity in the second round. | Photo: Dominic Chan/WENN.com


The scene in the champion’s corner between rounds one and two was tense. This was unfamiliar territory. Trainer Greg Jackson, ever serene and reassuring, told his charge that he “had a great round” with “lots of good shots,” but the look on Jon Jones’ face suggested the young titlist knew otherwise.

Jones had just finished doing something which he had not done in more than 56 minutes of fight time: he had lost a round on a judge’s scorecard. Not since January 2009, when hard-nosed veteran Stephan Bonnar stole a frame from then-Octagon sophomore Jones, had “Bones” come up on the wrong end of a 10-9. Even in 2011, this year which saw him battle 205-pound greats Mauricio “Shogun” Rua and Quinton “Rampage” Jackson, plus fellow stud prospect Ryan Bader, Jones had remained perfect.

On Saturday at UFC 140 in Toronto, victory did not come quite so easily. In his second defense of the UFC light heavyweight title, Jones found himself across the cage from a different type of beast entirely: ex-champion Lyoto Machida. Through the first five minutes, the Brazilian karateka’s technical striking and evasive maneuvers had provided him a sound answer to Jones’ massive frame and 10.5-inch reach advantage. Though each man landed only eight clean strikes in round one, it was one shot in particular which had gotten the attention of Jones’ corner. 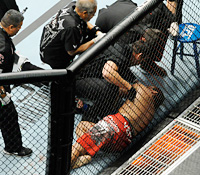 Dominic Chan/WENN.com
Jones left his challenger out cold.
“Alright, Jon, here’s the deal: after you kick, he wants to shoot that straight left at you,” said striking coach Mike Winkeljohn, referencing a counterpunch which had staggered Jones.

“Fake the kick, lean off at an angle and hit him ... alright? He wants to counter you after you kick. Do not come back in that space. Otherwise, you’re owning the guy.”

“Either side,” Jackson and Winkeljohn replied in unison.

Jones emerged for round two in the orthodox stance, but the kicks he threw at the legs, body and head of Machida were no fakes. The southpaw Machida did not stray from his tactics, as he continued to sidestep every power punch thrown his way, absorbing only kicks to the upper thigh. When Jones switched stances, Machida instantly followed suit, catching a kick to the body and stuffing his right hand in Jones’ face. Apparently sensing an opportunity, “The Dragon” roared forward, slinging fists and feet at Jones, who extracted himself from the situation with a knee up the middle. It was the last time Jones would find himself in any sort of danger on the night.

Midway through round two, with Jones closing the distance between them, Machida circled lackadaisically to his left. Jones stepped in and Machida, who appeared to half-expect the assault, tried to quickly counter with a right hook. It was too late, and Jones’ head-down overhand right smashed into Machida’s face. Five seconds later, Jones was inside with an underhook. Five seconds after that, Machida was on his back.

Once on the ground, Jones needed only two elbow strikes to open a deep laceration on Machida’s forehead. The champion looked to frame up a modified guillotine choke, a portent of things to come. After a quick check on Machida’s cut by the cageside physician, the pair resumed work from the clinch, an ideal position for Jones to utilize his knees, elbows and Greco-Roman background. Machida got away, but Jones walked him down and again beat him to the punch, this time rattling the Brazilian’s head with a short left.

Machida flopped forward, desperately grabbing at Jones’ left leg, but the champion sprawled expertly and shifted his weight to drive the challenger’s face into the canvas. By the time Machida had clambered back to his feet, Jones was already cinching his left arm around his opponent’s throat, setting up one of the most devastating submission finishes in recent memory.

While the method of victory was certainly remarkable, equally impressive was Jones’ show of patience and adaptability, a fitting cap to perhaps the greatest 12-month stretch ever for a 205-pound fighter. Jones did not have to endure the type of beating that his lightweight counterpart, Frankie Edgar, has twice received, but the 24-year-old from Upstate New York nonetheless proved that he belongs amongst the sport’s true elite.