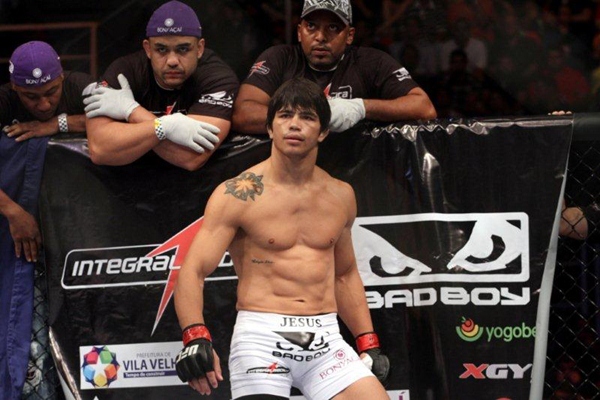 Erick “Indio” Silva has yet to post consecutive wins in the UFC. | Photo: Marcelo Alonso/Sherdog.com


If Erick Silva wants a more substantial piece of the Ultimate Fighting Championship’s welterweight pie, he will have to go through a brutish battle-tested South Korean to get it.

Long lauded as one of the sport’s more promising young fighters, Silva will challenge Dong Hyun Kim in the UFC Fight Night 29 “Maia vs. Shields” co-main event on Wednesday at the Jose Correa Arena in Barueri, Brazil. Only two men -- Carlos Condit and Demian Maia -- have defeated Kim in a career that spans nearly a decade, and both have prominent seats at the 170-pound table in the UFC.

Silva last appeared at UFC on Fuel TV 10 in June, when he needed just 71 seconds to submit 2009 Dream welterweight grand prix finalist Jason High at the Paulo Sarasate Gymnasium in Fortaleza, Brazil. The 29-year-old X-Gym representative has secured 12 of his 15 career victories by knockout, technical knockout or submission. However, Silva, a former Jungle Fight champion who holds the rank of black belt in both judo and Brazilian jiu-jitsu, has yet to post back-to-back wins inside the Octagon.

“I think every fighter must have self-commitment, self-commitment to improve every day,” Silva said in a pre-fight interview with UFC.com. “I have that. I know that I have a lot to grow, and I try to always evolve through training. By training harder every day, the athlete naturally evolves psychologically. We evolve with time. We evolve with each fight. I’ve learned a lot from each of my fights.”

Ahead of his showdown with Kim, Silva has spent time training alongside former Strikeforce champions Rafael Cavalcante and Ronaldo Souza, along with UFC mainstays Antonio Rodrigo Nogueira, Antonio Rogerio Nogueira and Paulo Thiago.

“I have many big names always helping me out,” Silva said.

Kim has compiled an 8-2 mark since arriving in the UFC in May 2008. A notorious grinder with a well-honed clinch and top game, the 31-year-old judoka last fought at UFC on Fuel TV 8 in March, when he captured a unanimous verdict over Afghan striker Siyar Bahadurzada at the Saitama Super Arena in Saitama, Japan. Adept at dragging opponents into deep waters, Kim is 10-0-1 in fights that reach the judges. Silva welcomes the test.

“I train, rest, eat and train again,” he said. “I think whoever has a goal needs to make sacrifices. I am chasing after my goal and my dreams. I’m always focused.” 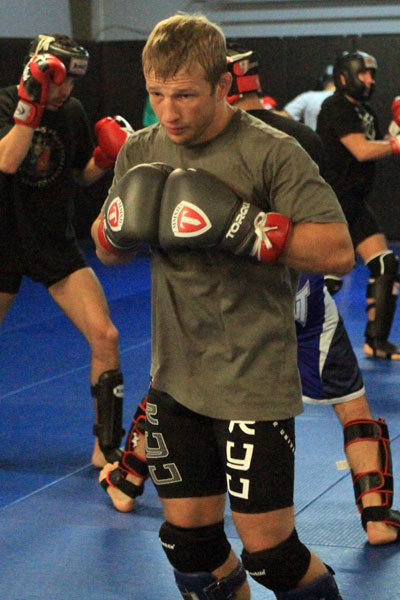 Photo: Jeff Sherwood/Sherdog.com
Dillashaw is 4-1 in the UFC.
T.J. Dillashaw believes he belongs among the elite at 135 pounds. Now, “The Ultimate Fighter” Season 14 finalist has the chance to prove it.

Dillashaw will lock horns with Atlanta-based Brazilian jiu-jitsu black belt Raphael Assuncao in a featured bantamweight scrap at UFC Fight Night 29. The 29-year-old Team Alpha Male standout has rattled off four consecutive victories, three of them finishes, since his knockout loss to John Dodson at “The Ultimate Fighter 14” Finale in December 2011. Dillashaw has not fought since he tore through Hugo Viana in a little more than four minutes at UFC on Fox 7 in April.

Assuncao represents a significant increase in degree of difficulty.

“Raphael is a great opponent for me,” Dillashaw said. “He’s been in MMA for a long time and has built a good name for himself, which is perfect for my climb towards that title once I beat him. We have both been on a winning streak, but it’s time for me to end his.”