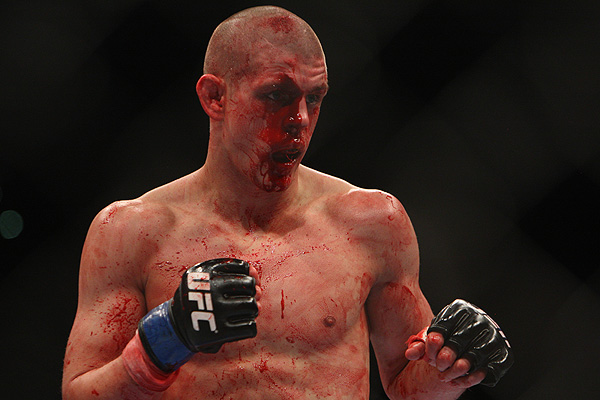 
They are two of the most consistent action fighters in the history of the lightweight division, and their paths will cross inside the Octagon.

Joe Lauzon will meet former Shooto and Pride Fighting Championships titleholder Takanori Gomi in a featured three-round scrap at UFC on Fox 16 “Dillashaw vs. Barao 2” on Saturday at the United Center in Chicago. While their clash carries no serious implications for the 155-pound weight class, it nevertheless has hardcore fans buzzing.

Now north of 30, Lauzon has secured 23 of his 24 career victories by knockout, technical knockout or submission, and his 13 post-fight performance bonuses rank first on the Ultimate Fighting Championship’s all-time list. Gomi, meanwhile, sports six-, 64- and 74-second finishes on his extensive resume. His unforgettable encounter with Nate Diaz under the Pride banner in 2007 set a bar for excellence that few fights have ever cleared.

Neither man can afford a defeat, adding to the potential for fireworks. Lauzon finds himself on the rebound following a second-round technical knockout loss to Serra-Longo Fight Team export Al Iaquinta at UFC 183 on Jan. 31; Gomi last appeared at UFC Fight Night 52 in September, when he succumbed to first-round punches from Alliance MMA’s Myles Jury.

EYE ON THE TOP 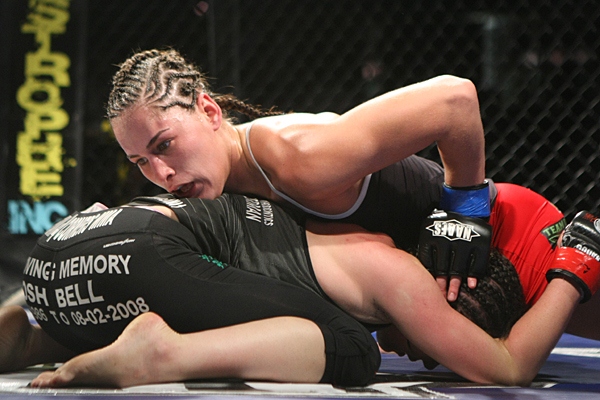 Eye will get her crack at the fighter who knows Rousey as well as anyone when she collides with former Strikeforce champion Miesha Tate in the co-main event. Beating the longtime divisional stalwart, particularly in decisive fashion, could move the Strong Style Fight Team standout into title contention. Rousey has already turned away the four women ahead of Eye in the UFC rankings: Tate, Cat Zingano, Alexis Davis and Olympic silver medalist Sara McMann.

The 28-year-old Eye last fought at UFC 180 in November, when she ruptured Leslie Smith’s ear with a punch and forced a gruesome second-round doctor stoppage in Mexico City. It followed a split decision loss to Davis nine months earlier and kept the Ohioan relevant among upper-tier bantamweights. Eye has been finished just once -- by SBG Ireland’s Aisling Daly in 2011 -- and holds notable victories over Zoila Frausto, Carina Damm and Angela Magana.

Tate, 28, has been a model of consistency. The Xtreme Couture rep has won 10 of her past 13 bouts, losing only to Rousey (twice) and Zingano. Tate will carry a three-fight winning streak into the cage, having picked up a majority decision over McMann at UFC 183 on Jan. 31 in Las Vegas. Wins over Marloes Coenen, Julie Kedzie, Liz Carmouche and Rin Nakai anchor her resume. 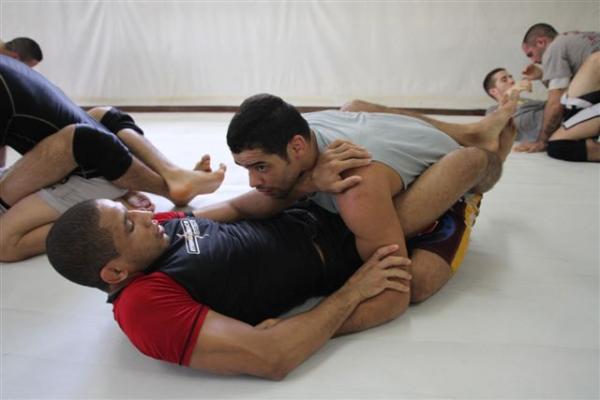 (+ Enlarge) | Photo: Marcelo Alonso/Sherdog.com
Barao is lethal on the mat.
UFC on Fox 16 “Dillashaw vs. Barao 2” will be the 329th event the Ultimate Fighting Championship has staged since its debut in 1993 ... Team Alpha Male’s T.J. Dillashaw wrestled collegiately at Cal State Fullerton, where he was a three-time NCAA qualifier. The school terminated its wrestling program in 2011 ... Nova Uniao’s Renan Barao boasts 15 submissions among his 33 pro victories: six by rear-naked choke, two by arm-triangle choke, two by armbar, two by triangle choke and one each by kimura, ankle lock and kneebar ... Gian Villante was a two-division Ring of Combat champion ... American Top Team’s Ben Saunders sports 10 first-round finishes on his resume ... Eddie Wineland was one of five men to capture the World Extreme Cagefighting bantamweight championship, along with Chase Beebe, Miguel Torres, Brian Bowles and Dominick Cruz ... Andrew Holbrook has stopped all nine of his opponents inside two rounds ... When onetime CES MMA champion Dominique Steele was born on Jan. 25, 1988, the top five movies at the domestic box office were “Good Morning, Vietnam,” “Three Men and a Baby,” “Moonstruck,” “For Keeps” and “Broadcast News” ... Jessamyn Duke graduated from Eastern Kentucky University with a degree in Fitness and Wellness Management ... The seven fighters to whom James Krause has lost -- Donald Cerrone, Ricardo Lamas, Toby Imada, Clay French, Bobby Green, Jorge Masvidal and Valmir Lazaro -- own a cumulative record of 157-53-1.


Jim Miller has attempted more submissions (34) than any fighter in UFC history, per FightMetric.


The United Center opened on Aug. 18, 1994 at a cost of $175 million and has since undergone two renovations. It serves as the home arena for the NBA’s Chicago Bulls and the NHL’s Chicago Blackhawks.