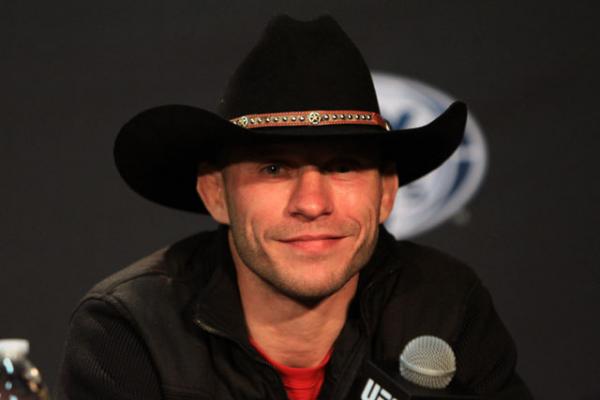 For “Cowboy,” beating Henderson wasn’t pleasant, due to the pair’s mutual respect for one another. But, as is par for the course when it comes to Cerrone, he already is moving past the bout and eyeing the future.

During the post-fight press conference on Sunday in Boston, the Jackson-Wink MMA product made it clear that he feels a healthy Khabib Nurmagomedov makes sense for his next appearance inside the Octagon.

“Talking with Dana [White] and Lorenzo [Fertitta] it seems that Khabib [Nurmagomedov] is going to come next for sure,” Cerrone said. “I’m going to take some time off to get ready and stay ready and hopefully Khabib will be ready. I don’t know. Whatever is next I’m willing to take on and fight.”

Cerrone has now won seven-straight fights, streching back to November 2013. In his opinion, none have been tougher than his trilogy bout with his old World Extreme Cagefighting foe Henderson.

“This is a hard victory for me to celebrate. This is tough. I could tell he was timid in there. I love the dude. We grew up together,” Cerrone told Fox Sports after the fight. “I thought he was going to wrestle me a lot. I had one good kick in me, because I was banged up from the Jury fight, so I only had one good kick and I was saving it.”

Rectifying the losses obviously meant something to 31-year-old Cerrone, but he wasn’t going to allow it to alter the relationship he has built over time with Henderson. As usual, Cerrone hoped to finish the bout before reaching the judges’ scorecards, but for the second consecutive outing, he was unable to do so. The fact that there was only 15 minutes allotted didn’t help the situation either.

“He beat me twice and that was weighing in the back of my mind going into this fight. The first round was close, second round I took him down, but I don’t know, I’m not a judge,” Cerrone said. “They say don’t leave it to the judges because you don’t know what fight they’re watching. I went in there wild and crazy like I am. Five rounds with Ben is what we always need. We’ll do it again.”

Cerrone now hopes for “some time off,” which UFC President Dana White quickly co-signed. If all goes to plan, Nurmagomedov will heal from his injuries, Cerrone will rest up, and the lightweights will meet for the opportunity to fight the winner of Anthony Pettis and Rafael dos Anjos coming out of UFC 185 “Pettis vs. Dos Anjos” in Dallas.