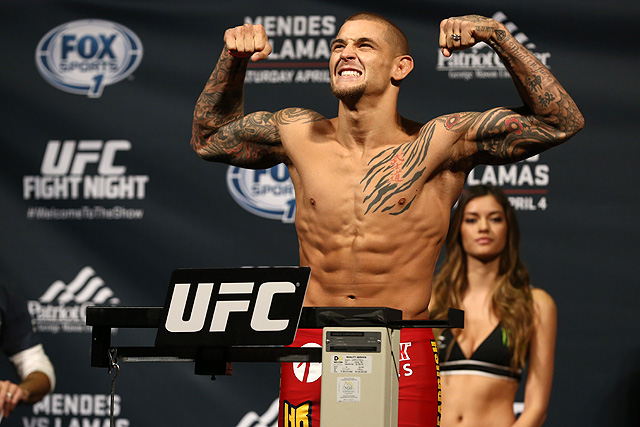 Dustin Poirier is headed home for his next bout. | Photo: Dave Mandel/Sherdog.com

Promotion officials announced on Tuesday that Poirier will square off with Yancy Medeiros at UFC Fight Night in New Orleans on June 6.

Poirier initially revealed that he would be competing in his home state following a victory over Carlos Diego Ferreira at UFC Fight Night “Mendes vs. Lamas” this past Saturday.

UFC Fight Night takes place at Smoothie King Center and is headlined by a light heavyweight duel between Daniel Cormier and Ryan Bader.

After compiling an 8-3 mark in the Octagon at featherweight, Poirier knocked out Ferreira in his first 155-pound appearance since 2010 at the Patriot Center in Fairfax, Va. The American Top Team product has finished 14 of his 17 career triumphs inside the distance.

Medeiros, meanwhile, enters the bout on the strength of consecutive submission victories against Damon Jackson and Joe Proctor.