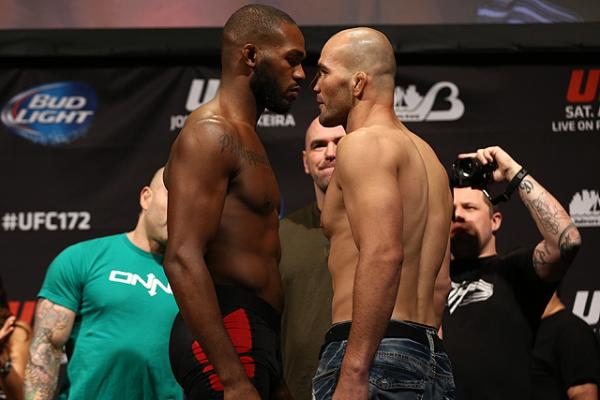 Glover Teixeira hopes to get another crack at Jon Jones somewhere down the line. | Dave Mandel/Sherdog.com


Glover Teixeira came up short in his bid for light heavyweight gold at UFC 172, falling to reigning champion Jon Jones via unanimous decision at the Baltimore Arena in Baltimore this past Saturday.

In an interview with Sherdog.com, the heavy-handed Brazilian looks back on the experience and discusses the shoulder crank that would ultimately change the entire complexion of the fight. Teixeira also offers insight into his future plans and shares his thoughts on the highly-anticipated Jones-Alexander Gustafsson rematch.

When you look back on your bout with Jon Jones at UFC 172, what do you think you should have done differently? I haven't seen the entire fight -- just a few moments -- but I was very upset for letting him get that arm crank. I really didn't expect that. I thought he was going to try a takedown, but that hurt my shoulder. The only thing that maybe I wouldn't let him do was that arm crank. The rest of the fight, with [a healthy] right shoulder and the confidence I have in my knockout power, it might have been different. Of course, the same thing could happen anyway because Jon Jones is a great fighter. But the only thing I wouldn't let happen again was that arm crank.

And what do you think you need to correct or add to your game? I'm going to do some training with Marco Ruas when I recover. I want to do some grid/clinch training, pick up some tricks, because he's very good at that part. I could have used a few stomps on his foot, but I didn't think about it at the time, because I'm not trained. I'm going to go talk to Ruas to see what I can improve on that part.

How did you feel throughout the day of the fight? On the day of the fight, I thought, "Let's go Glover, you are fighting for the the world title." I was so relaxed; I was in the right mindset, but I didn’t look like I was going to fight for the belt. When I entered the Octagon, I was happy, stoked, very quiet. It helped me more than it hurt, because I was pretty quiet. So it was perfect. I was in great shape, confident in my knockout power. What really [changed things] was that arm crank, but Jon Jones is really a great fighter.

How will the recovery process go? And what are your plans for the future? Now I'm going to recover. I'm feeling better on the shoulder, but I'm going to do an MRI to see how it looks. I want to train, fight a few more times, and maybe next year I catch this guy again. That’s my dream. Let's do a few more fights and who knows, maybe I get another chance to confront him.

Alexander Gustafsson was confirmed as the next opponent Jon Jones. What do you expect of this fight? It's a fight that promises a lot. Let's see what Gustafsson will put on the table. I believe Gustafsson can beat Jones. If he can stop his takedowns like last time, he can get a victory. Now, if Jones plays his game and takes him down, then Jones wins.