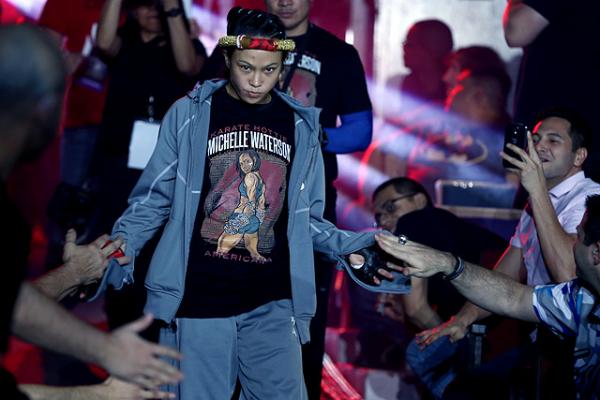 The Las Vegas-based promotion revealed the strawweight matchup on Wednesday night. The “TUF 21” finale takes place on July 12 at a location to be determined in Florida and is expected to include a lightweight bout between Benson Henderson and Michael Johnson.

Waterson, who recently signed with the UFC, competed at atomweight during her four-fight tenure in Invicta FC. The Jackson-Wink MMA representative captured the all-female promotion’s 105-pound strap with an enthralling fourth-round submission triumph over Jessica Penne in April 2013. She successfully defended the title against Yasuko Tamada this past September before suffering an upset loss to Herica Tiburcio in her most recent appearance at Invicta FC 10.

Magana, meanwhile, enters the bout on a three-fight losing streak. The 31-year-old Farmington, N.M., native appeared on Season 20 of “TUF” and fell to Tecia Torres via unanimous decision at the reality show’s finale on Dec. 12. Magana has also lost to Stephanie Eggink and Jessica Eye during her current skid. “Your Majesty” owns notable triumphs over Jessica Aguilar, Nicdali Rivera-Calanoc and Barb Honchak.