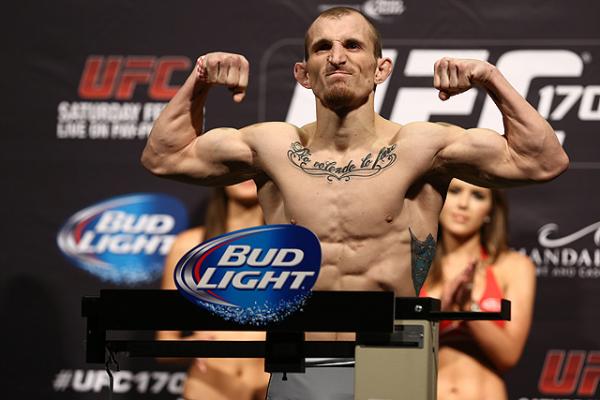 
Dublin native Patrick Holohan will make his UFC debut in his hometown when the Las Vegas-based promotion returns to Ireland on July 19.

Holohan will square off with Josh Sampo in a flyweight clash, the UFC’s Irish branch announced on Friday. UFC Fight Night “McGregor vs. Brandao” takes place at the O2 in Dublin and is headlined by a featherweight showdown between Conor McGregor and Diego Brandao.

Holohan is unbeaten in 10 professional appearances, with a draw against Neil McGuigan the only blemish on his resume. The SBG Ireland representative hasn’t competed since July 2012, when he submitted Artemij Sitenkov with a triangle-choke 2:50 into the opening frame at Cage Contender 14. Seven of “The Hooligan’s” nine career triumphs have come by way of submission.

The former Championship Fighting Alliance 125-pound titlist, Sampo has split a pair of Octagon appearances. “The Gremlin” debuted in the promotion with a second-round submission of Ryan Benoit at the “TUF 18” finale before dropping a unanimous decision against Zach Makovsky at UFC 170.