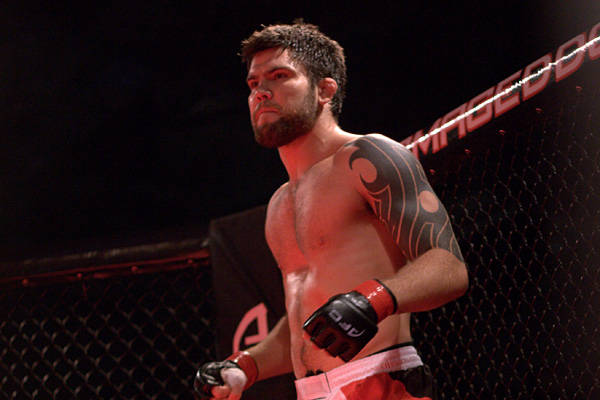 A staph infection will prevent Robert Drysdale from competing at UFC 163, according to a report from the Las Vegas Review-Journal.

Drysdale was supposed to face fellow light heavyweight Ednaldo Oliveira at the Aug. 3 event, which takes place at HSBC Arena in Rio de Janeiro, Brazil, and is headlined by a featherweight title confrontation between Jose Aldo and Chan Sung Jung. The UFC has not made an official announcement regarding Drysdale’s reported withdrawal, but Brazilian outlet Tatame.com on Wednesday reported that Francimar “Bodao” Barroso will step in for the American against Oliveira.

Widely recognized as one of MMA’s best Brazilian jiu-jitsu practitioners, Drysdale made his pro fighting debut in 2010 and has yet to taste defeat, notching six consecutive submission wins to his credit. The ADCC and Mundials champion signed with the Texas-based Legacy Fighting Championship last year and rattled off three victories under the LFC banner, most recently submitting Bellator veteran D.J. Linderman this past April in just 1:48.

Oliveira, meanwhile, suffered his first defeat in his last in-cage appearance, submitting to a Gabriel Gonzaga rear-naked choke this past January at UFC 142. Prior to his Octagon debut, the 29-year-old posted 13 victories on Brazilian soil, picking up eight knockouts along the way.

A winner of 12 of his last 13 bouts, Barroso has won three straight fights since suffering a first-round knockout to Baga Agaev more than two years ago. “Bodao” posted a pair of stoppage wins last year and scored his first victory of 2013 on April 12, when he submitted Simao Melo da Silva with second-round rear-naked choke at Watch Out Combat Show 25.