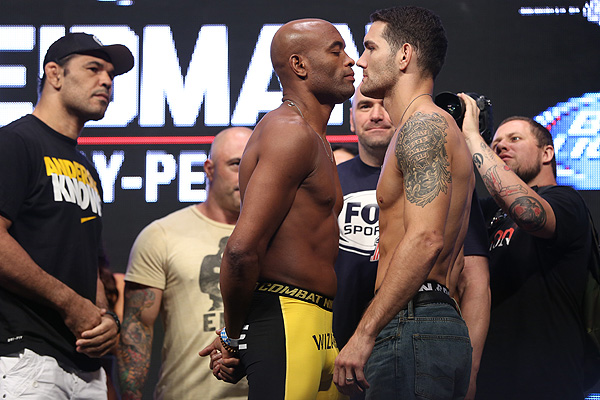 Though Anderson Silva initially dismissed the notion of a rematch after his UFC 162 defeat to Chris Weidman, GQ Brazil reported Friday that “The Spider” has changed his stance.

According to a Silva interview posted on the GQ Brazil website, a Silva-Weidman return bout will go down Dec. 28. That date is set to host UFC 168, which takes place at the MGM Grand Garden Arena in Las Vegas and airs live on pay-per-view.

"After losing, I have to get ready again to fight,” Silva told GQ Brazil in Portuguese. “By the way, I do confirm the rematch, which will be on the 28th of December, this year.”

However, UFC President Dana White responded to the interview on Friday, telling MMAFighting.com that a date and location for the contest has not yet been set in stone. According to White, Las Vegas is only one of four possible destinations for the rematch, which could also reportedly take place in New Jersey, Dallas or Brazil.

Weidman punched Silva out in the second round of their July 6 title bout, handing the 38-year-old former champion his first loss since 2006. The defeat did not come without controversy, however, as Silva was knocked cold while trying to clown his opponent, as he has done successfully many times in the past.

"I think I would focus more,” Silva stated regarding what he would change in the rematch. “I would make a reverse path but would not change the tactic. I am confident that I did my game, [and it] just did not work out. The game is the game -- you can win or lose."

Silva also provided insight into how he is handling his first defeat in the UFC cage -- a setback that snapped a 17-fight winning streak for the sport’s former pound-for-pound king.

"[It is] a bad feeling. In fact, I still have it. [I] had never been knocked out in my career. I did not like it,” Silva said. "The most important thing for me was to realize that people like me and want to see me always winning. But it was also important to reiterate that I am not invincible. Nobody is. Everyone has bad days.”

Gleidson Venga contributed to this report.