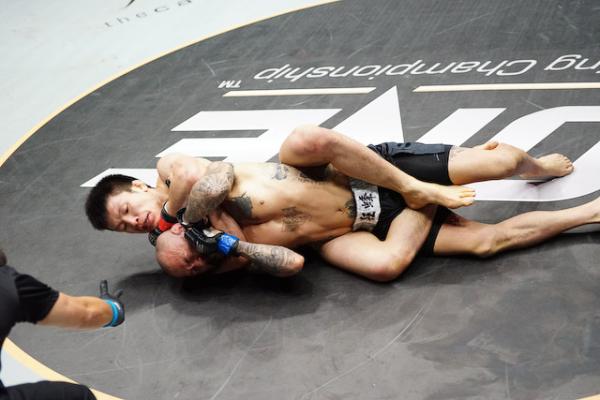 Shinya Aoki has become a centerpiece for One Fighting Championship. | Photo Courtesy: One FC

Widely regarded as one of the premier submission specialists in modern MMA, Aoki had already become the One FC lightweight titleholder by the time Zuffa offered him a spot on the UFC Fight Night show in Singapore on Jan. 4.

“I turned down the chance to compete in [the] UFC because I am the lightweight world champion with One FC, Asia’s largest MMA organization,” Aoki told Sherdog.com, “and I [am] really happy to be fighting for the promotion.”

One FC seems to inspire loyalty and also offers competitive pay. Recently, One Fighting Championship Chairman and CEO Victor Cui announced the institution of a $50,000 One Warrior Bonus, which can be awarded to any fighter for thrilling fans, demonstrating incredible warrior spirit, exhibiting amazing skill or delivering a phenomenal finish.

Whatever his reasons, Aoki’s decision to remain with One FC has led him to his first title defense, as he takes on UFC veteran Kamal Shalorus in the One FC 19 “Reign of Champions” main event on Aug. 29 at the Dubai World Trade Center in Dubai, United Arab Emirates. Shalorus was jettisoned by the UFC following three consecutive losses to Jim Miller, Khabib Nurmagomedov and Rafael dos Anjos. Aoki trains with dos Anjos at Evolve MMA in Singapore.

“I haven’t spoken to Rafael about it, to be honest,” Aoki said. “I trust my head coach, Heath Sims, and I’m sure we will come up with the perfect game plan.”

An Iranian-born wrestler with heavy hands, Shalorus has recorded four wins by knockout or technical knockout, another by submission and four more by decision. He has won back-to-back bouts since arriving in One FC in 2013, defeating Eduard Folayang and Ariel Sexton. Aoki, meanwhile, has lost to only two men -- Gilbert Melendez and Eddie Alvarez -- in the last five years. He feels his entire game has improved since he linked arms with Evolve MMA.

“I definitely have no issues going the distance against Shalorus,” Aoki said. “Ever since joining Evolve MMA, I have been constantly improving every aspect of my game. Evolve MMA has the largest collection of world champions in muay Thai, Brazilian jiu-jitsu, wrestling, boxing and MMA. We improve our abilities every time we train.”

Although he currently reigns over One FC’s lightweight division, Aoki at the urging of his coaches made a successful debut at 145 pounds in October with a unanimous decision over Cody Stevens. For now, the 31-year-old sounds content to zero in on Shalorus.

“I feel very comfortable competing at lightweight, but I wasn’t too pleased with my debut performance at featherweight,” Aoki said. “With regards to my plans for the future, I’m only focused on my fight against Shalorus and walking out of the Dubai World Trade Centre still the One FC lightweight world champion.”