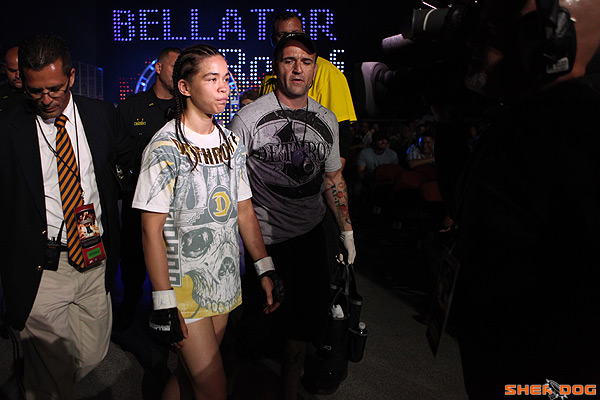 Rosi “The Surgeon” Sexton is hanging up her gloves after a 12-year career. | Dave Mandel/Sherdog.com

The UFC and Bellator veteran Thursday announced her decision to step away from MMA via her website. The move comes on the heels of a June 7 knockout loss to Joanna Jedrzejczyk at Cage Warriors 69, Sexton’s third consecutive defeat.

The 36-year-old “Surgeon” twice fought under the UFC banner in 2013, losing both outings via decision. Her bout against Jessica Andrade at UFC Fight Night “Machida vs. Munoz” was particularly ugly, as Sexton took an exorbitant amount of damage over the course of three rounds, leaving many fans and pundits to question the Englishwoman’s continued participation inside the Octagon.

In a blog post, Sexton gave some insight as to how she reached her decision and what the future holds.

“The bottom line -- right now I have more to offer the sport outside the cage than inside it,” Sexton wrote. “I don’t want to give up on being the fighter I believe I’m capable of; but there are bigger things going on. It’s time for me to focus on other ways of making a difference. I don’t know how this will play out, or what’s round the next corner, but it looks like it’s finally time to use that ‘R’ word.”

The Manchester native fought the likes of Gina Carano, Roxanne Modafferi and Alexis Davis over the course of her 12-year career. Sexton’s crowning achievement was winning the Cage Warriors 132-pound title from Dina Van den Hooven in 2005.