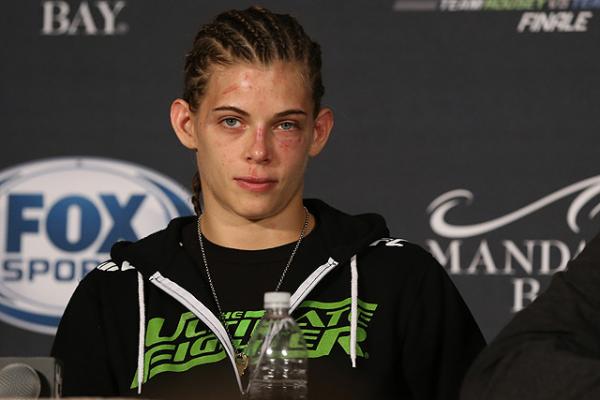 
Jessamyn Duke will lock horns with Elizabeth Phillips in a women’s bantamweight tilt at UFC on Fox 16.

Promotion officials announced the bout on Thursday. UFC on Fox 16 takes place at the United Center in Chicago on July 25 and is headlined by a bantamweight title rematch between T.J. Dillashaw and Renan Barao.

After outpointing Peggy Morgan in her debut at the “TUF 18” finale, Duke has dropped back-to-back outings against Bethe Correia and Leslie Smith. “The Gun,” who is 3-2 in her professional career, is likely best known for being a part of Ronda Rousey’s “Four Horsewomen” stable.

Phillips, meanwhile, is still in search of her first UFC triumph. The 28-year-old Sikjitsu representative has dropped a pair of split decisions in the Octagon, first to Valerie Letourneau at UFC 174 and then against Milana Dudieva at UFC Fight Night “Bisping vs. Le.”