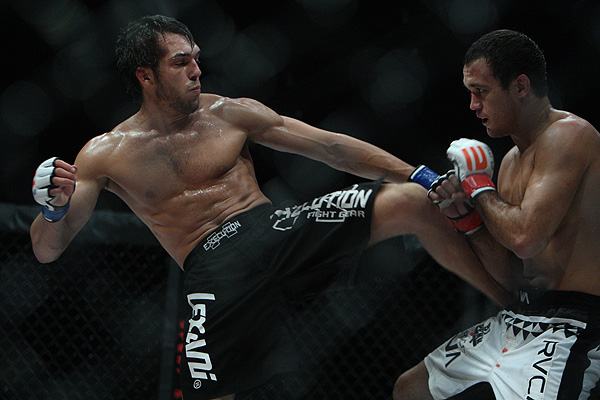 Lee King has been handed yet another opponent for his third outing under the Legacy Fighting Championship banner.

Sherdog.com confirmed Wednesday with promotion officials that King will now square off with the undefeated Evan Cutts at Legacy Fighting Championship 11 in light of Jamie Varner’s departure for the UFC. King was slated to face Varner after his original opponent, Alex Morono, withdrew from their contest due to injury. However, the onetime WEC champion was tapped by the UFC to fill in for an injured Evan Dunham at UFC 146, and Cutts has answered the call to face King on short notice.

LFC 11 takes place May 11 at Houston’s Arena Theater and will be headlined by a lightweight title fight between Jorge Patino and Clay Hantz. Broadcast live on HDNet, the event will also feature a flyweight confrontation between Chad Robichaux and Joseph Sandoval, as well a welterweight duel pitting Marcus Aurelio against Mike Bronzoulis.

Cutts, whose upcoming matchup marks his inaugural LFC appearance, has fought just three times as a pro since debuting just over one year ago. “The Butcher” posted back-to-back submission wins in April and June before outpointing Reagan Penn at ProElite 2 on Nov. 5, going the distance for the first time in his nascent pro career.