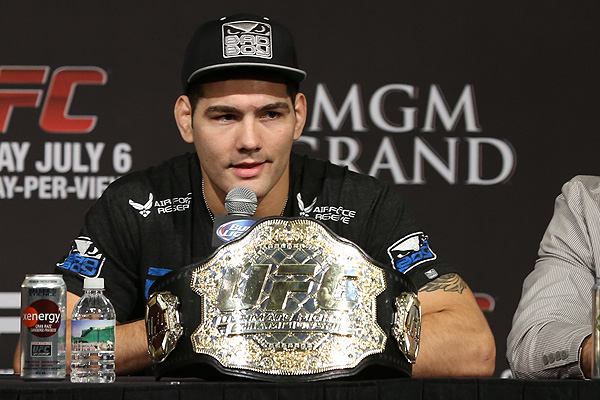 After 2,457 days, Anderson Silva’s reign atop the middleweight division has ended.

In the main event of UFC 162, the Octagon’s most decorated champion severely underestimated challenger Chris Weidman and paid the price in the form of a crushing second-round knockout. By striking aggressively and refusing to succumb to the Brazilian star’s mind games, 29-year-old Weidman did what nine previous challengers could not, ending an era by cracking Silva’s chin with a clean left hook.

The unbeaten college wrestling convert now sits atop the 185-pound ranks, and with Silva dismissing the notion of a rematch after the loss, Weidman figures to have no shortage of contenders clamoring for a fight. Vitor Belfort has already called out the new champion on Twitter, and former opponent Mark Munoz put in a strong showing on the UFC 162 undercard with a unanimous nod over Tim Boetsch.

While the top of the middleweight division got ruffled, it was the middle of the featherweight division which saw the most change this month. Cub Swanson propelled himself up the 145-pound list with a brutal third-round TKO win over former No. 7 Dennis Siver on July 6, and former lightweight champion Frankie Edgar also joins the top 10 with an impressive showing against Brazilian youngster Charles Oliveira.