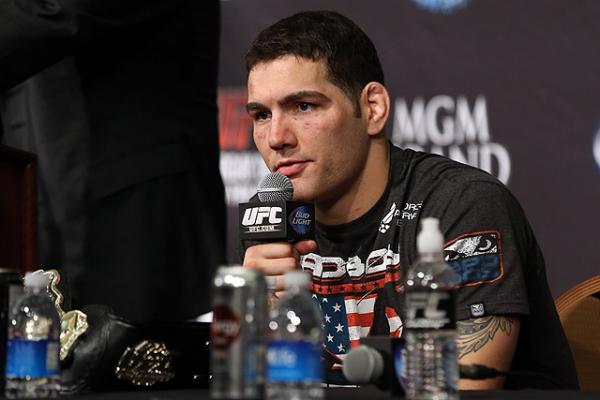 Beat a legend once, and it might be regarded as a fluke. Turn the trick twice in row, however, and suddenly the doubters begin to fade into the background.

Chris Weidman secured his spot atop the middleweight division with a second-round stoppage of Anderson Silva in the UFC 168 headliner, his second consecutive triumph over the longtime 185-pound ruler. The method of the second victory was just as shocking as the first, as the “All-American” checked a Silva kick and broke the Brazilian’s leg. As soon as it happened, “The Spider” collapsed to the canvas in agony. Weidman will not have much time to bask in the glow of victory, as a showdown with feared knockout artist Vitor Belfort awaits.

Looking ahead, Super Bowl weekend could potentially bring a shakeup in the featherweight and bantamweight rankings. Renan Barao will attempt to unify the bantamweight title by defeating reigning -- and returning -- 135-pound ruler Dominick Cruz in the UFC 169 headliner, while Jose Aldo looks to defend his featherweight crown against streaking contender Ricardo Lamas in the co-main event.