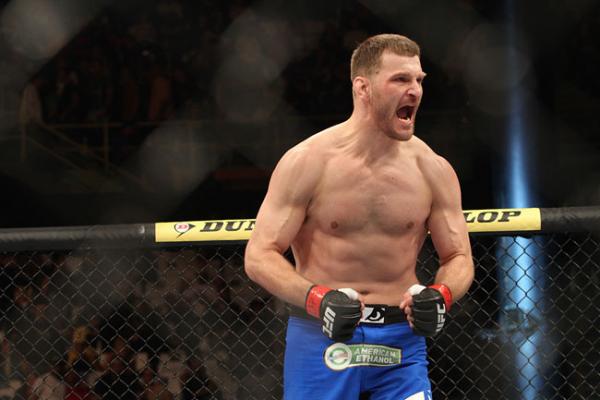 On a day crammed full of fights, a handful of top-10 talents shone through.

UFC events on May 31 emanated from Germany and Brazil, and Gegard Mousasi closed out the day’s first card with a statement victory in Berlin. In his second appearance at 185 pounds, “The Dreamcatcher” made quick work of Mark Munoz, battering the Reign Training Center leader with elbows before securing back mount and a rear-naked choke submission. With the one-sided win, Mousasi makes his long-awaited entrance in the middleweight rankings at No. 8.

At “The Ultimate Fighter: Brazil 3” Finale in Sao Paulo, heavyweight Stipe Miocic made the best of a bad situation by disposing of Fabio Maldonado in just 35 seconds. A short-notice replacement for the injured Junior dos Santos, Maldonado had nothing to offer Miocic, who used a crisp right cross and follow-up hammerfists to give the Brazilian the first knockout loss of his career.

In other action, C.B. Dollaway stole Francis Carmont’s spot on the list of middleweight contenders with a three-round rout of the Frenchman, and Iuri Alcantara improved his standing in the bantamweight division by clobbering Vaughan Lee with punches for a 25-second knockout.