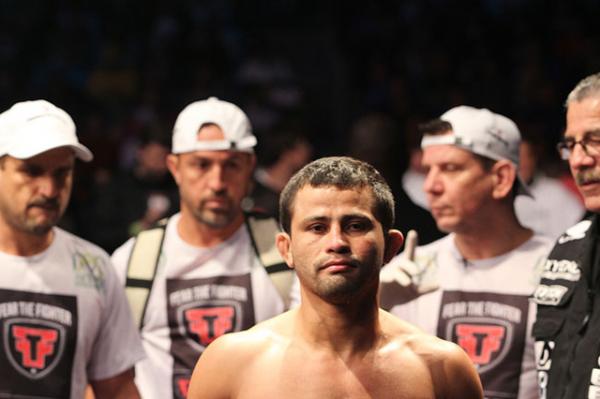 With the UFC flyweight division desperate for fresh title contenders, Jussier da Silva is heating up at just the right time.

The Brazilian jiu-jitsu black belt’s considerable grappling chops were on full display against former Bellator champ Zach Makovsky in their Aug. 16 tilt on the undercard of UFC Fight Night “Bader vs. St. Preux” in Bangor, Maine. “Formiga” used multiple back-takes to threaten Makovsky with rear-naked chokes through the first two rounds and staved off a third-round surge from “Fun Size” to capture a unanimous decision with 29-28s from all three judges.

After struggling early in his UFC run with stoppage losses to top-tier 125ers Joseph Benavidez and John Dodson, the 29-year-old Kimura Nova Uniao representative has now earned back-to-back victories against Makovsky and Scott Jorgensen. In the span of five months, da Silva has gone from potential chopping-block casualty to an attractive option for one of Zuffa’s most challenger-starved divisions. His win over Makovsky propels Formiga from No. 8 to No. 5 in this edition of the flyweight top 10.

In the Maine card’s main event, Ryan Bader held on to his No. 9 spot in the light heavyweight rankings by shutting down the surging Ovince St. Preux. Fighting in the first five-rounder of his career, “Darth Bader” used clinch striking and his Arizona State-honed wrestling to corral “OSP” for the majority of their 25-minute encounter.

The early prelims saw Olympic wrestling silver medalist Sara McMann get back on track after her February loss to 135-pound queen Ronda Rousey. McMann employed a heavy, grinding style to take a unanimous decision against previously unbeaten Invicta Fighting Championships import Lauren Murphy, keeping both women in their top-10 spots at No. 3 and No. 8, respectively.