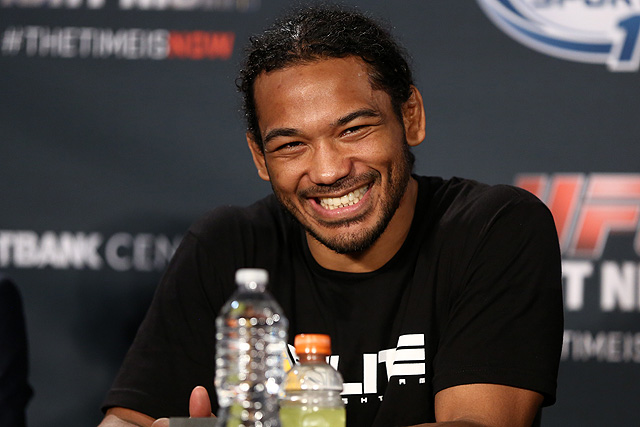 Even with an additional 15 pounds on his frame, Benson Henderson was still smooth.

Henderson, a former UFC lightweight champion and longtime top-10 resident at 155 pounds, moved up to welterweight on Feb. 14 for a short-notice assignment against Brandon Thatch at UFC Fight Night in Broomfield, Colo. Despite some initial troubles navigating past Thatch’s significant height and reach advantages, the conditioning and experience of “Bendo” paid off in the later frames, as Henderson earned a submission victory via fourth-round rear-naked choke. After the bout, Henderson was noncommittal regarding a permanent move to 170; for now, he remains ranked as the No. 6 lightweight in the world.

The card’s co-main event winner, Max Holloway, propelled himself into the featherweight top 10 with a strong showing in a unanimous decision win against Cole Miller. The 23-year-old Hawaiian enters the rankings at No. 10, but Holloway will take no time to rest on his laurels: He has already been penciled in for a fight with Cub Swanson at UFC on Fox 15 in April. Holloway’s entrance drops Dustin Poirier to the featherweight contenders list, where Bellator MMA talent Daniel Weichel also takes a place after defeating Pat Curran on Feb. 13.

In other action, World Series of Fighting bantamweight champion Marlon Moraes retained his belt -- and his No. 8 ranking -- by surviving an early scare from Josh Hill and winning the remaining four rounds to take a unanimous decision.

At flyweight, Zach Makovsky kept his No. 6 ranking by outworking Tim Elliott across three rounds, while Ray Borg claimed Elliott’s spot on the list of contenders with an impressive third-round kimura submission of Chris Kelades.