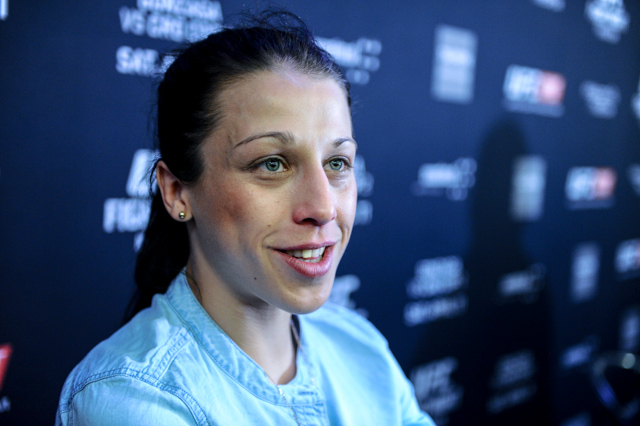 Joanna Jedrzejczyk followed one of the most vicious Ultimate Fighting Championship title wins in recent memory by defending her belt in even more violent fashion.

The Polish dynamo tore through Jessica Penne at UFC Fight Night in Berlin on June 20, using her fearsome muay Thai skills to batter the challenger from pillar to post. By the time the fight was waved off late in round three, Penne’s face was a lumpy, bloody mess, and Jedrzejczyk -- who snatched the UFC strawweight belt from Carla Esparza just three months ago -- was still “Joanna Champion.” The result leaves Jedrzejczyk alone at the top of the strawweight rankings, while Penne remains outside the top 10 in the list of other contenders.

Elsewhere, at Bellator 138, featherweight champion Patricio “Pitbull” Freire kept hold of his title with a second straight come-from-behind victory. This time it was Daniel Weichel who got out to a quick start, tagging the Brazilian with punches in the opening round, only to be caught and knocked out with a beautiful left-handed counter in the second. Freire moves up one spot to No. 9 in this edition of the featherweight rankings; Weichel remains on the list of contenders.