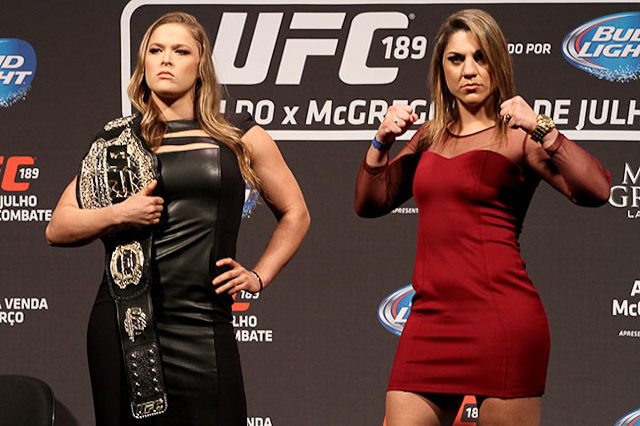 
The Ultimate Fighting Championship on Saturday returns to Brazil with a solid offering on pay-per-view. In the main event, budding superstar Ronda Rousey takes on the outspoken and outmatched Bethe Correia. There is no real sense in pretending this is anything other than a stay-busy fight for Rousey, whom the oddsmakers have pegged as a 15-to-1 favorite over the Brazilian. Correia is game and deserves credit for talking her way into the matchup, but this is not a competitive fight on paper.

The rest of the card is long on nostalgia and relatively short on relevant matchups. The co-headliner pits former light heavyweight champion Mauricio Rua against Antonio Rogerio Nogueira in a long-awaited rematch of the 2005 “Fight of the Year,” while Antonio Rodrigo Nogueira looks to put a positive stamp on the end of his career against giant Dutchman Stefan Struve. The highlight of the main card is undoubtedly the strawweight top contender matchup featuring debuting former World Series of Fighting champion Jessica Aguilar and Claudia Gadelha. An outstanding welterweight bout between Demian Maia and the quick-rising Neil Magny caps the preliminary card, but it includes little else of interest to anyone aside from the hardcore fan.

Let us take a look at each UFC 190 “Rousey vs. Correia” matchup: 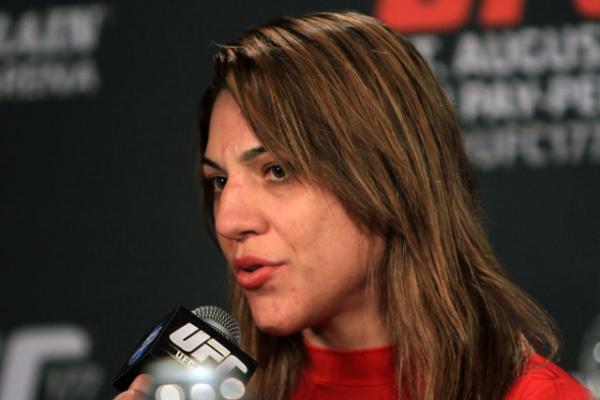 THE MATCHUP: The first and only women’s bantamweight champion in UFC history looks to expand her rapidly growing profile to Brazil in a battle against Correia. Rousey has looked unstoppable in the UFC, finishing each of her five opponents inside the distance and barely breaking a sweat in the process. Cat Zingano and Alexis Davis, her last two opponents, lasted a combined 30 seconds. That is dominance on an epic scale. For her part, Correia has looked solid against non-elite opposition, taking a contentious fight against Julie Kedzie and then defeating Rousey training partners Jessamyn Duke and Shayna Baszler to secure her shot.

Rousey is huge for the division, an exceptional athlete and pathologically aggressive. She goes at her opponent from the opening bell, working behind a consistent jab and cross that serve to cover her forward movement and get her into a tie-up. The clinch is her wheelhouse, and once there, she blends together short uppercuts, knees and a bewildering variety of trips and throws into a seamless and devastating package. The armbar is her specialty, and when the fight hits the mat, she has an almost infinite array of setups and tricks to reach her favored submission. Vicious ground strikes and a limited but effective arsenal of passes complement the armbar and make her that much more effective.

The champion is far from flawless, however. Rousey is quite hittable as she works her way forward, rarely pulling her head off the centerline and relying on her toughness to absorb shots while punching her way into the clinch. Her footwork is solid but not outstanding. On the mat, she has a bad habit of giving up her back, particularly when utilizing the scarf-hold position she favors. Despite these potential problems, no opponent has survived long enough to really exploit them.

Correia is mostly a striker. She does her best work moving forward and whipping potent punching combinations interspersed with the occasional low kick. The Brazilian is a dedicated body puncher, particularly with a doubled or even tripled left hook, and she does an excellent job of mixing up her locations to confuse her opponent. Her pace is excellent, and when she smells blood, she swarms and relentlessly pours on combinations. While aggressiveness is her trademark, Correia has a few nice back-stepping counterpunches in her arsenal to dissuade opponents who try to pressure and take her out of her element. Like all MMA strikers, Correia needs strong defensive wrestling skills to enable her striking game, and she has them. Her balance on single-legs is excellent, she sprawls well and she defends trips and throws in the clinch with aplomb.

These are the positives. On the downside, Correia is not a great athlete. She is not particularly fleet of foot, her hand speed is also lacking and she does not pack much of a punch. Although she defends takedowns well, it is far too easy to walk her into the clinch against the fence, and she struggles to escape for minutes at a time.

THE PICK: The oddsmakers are not giving Correia much of a shot -- and with good reason. Rousey holds enormous advantages in size, physicality, athleticism, takedown acumen and overall grappling skill. If the Brazilian wants to win, she needs to stay out of Rousey’s wheelhouse in the clinch, and she lacks both the sharp footwork and the raw speed necessary to implement that game plan for more than the briefest of windows. Moreover, she does not have the power to seriously hurt Rousey and thereby discourage her from an aggressive approach. I expect Rousey to get tagged a couple of times, shrug it off and bulldoze her way into the clinch. Once there, it is only a matter of time before Rousey works the takedown, and once on the mat, there is no reason to think Correia will survive long. Unless the champion wants to play with her food before she eats it, the pick is Rousey by submission in the first round.