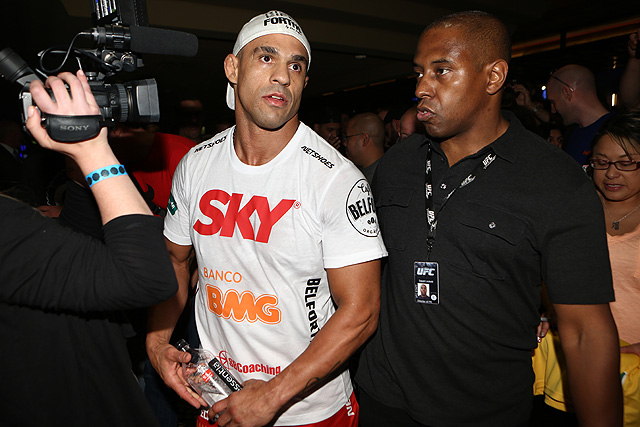 Vitor Belfort has not lost back-to-back bouts in more than a decade. | Photo: Gleidson Venga/Sherdog.com


“Prospect” is the word of the day when it comes to the Ultimate Fighting Championship’s return to Sao Paolo, Brazil, on Saturday at Geraldo Jose de Almeida State Gymnasium. Headlined by an existentially meaningless rubber match between Vitor Belfort and Dan Henderson, the rest of the card is positively stacked with up-and-comers and future contenders, many of them in dangerous crossroads fights. Whether it is the smooth-as-butter striking of Rashid Magomedov, the old-school aggression of Thomas Almeida or the cold killer instinct of Pedro Munhoz, there is something for everyone on this deep fight night card.

Let us take a look at each UFC Fight Night “Belfort vs. Henderson 3” matchup: 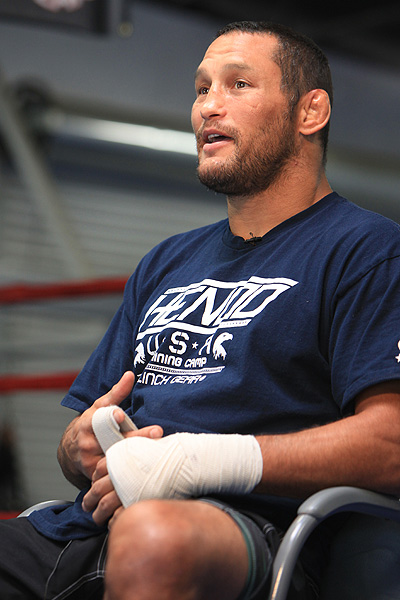 THE MATCHUP: Belfort and Henderson have changed a lot over the years. Such is the nature of the fight game.

Henderson was once a shockingly quick fighter, with a vicious, two-fisted attack that he used to barge into the clinch -- if the initial salvo did not knock out the opponent. Distance closed, Henderson would use his Greco-Roman skills to drag the other man to the floor, where he was once notorious for smothering his way to a decision win. Belfort was a one-round fighter who relied heavily on quick, piston-like punches to get the quick finish. When that did not happen, he often found himself stuck on his back. That is what happened when he first met Henderson at Pride 32 in 2006.

Over time, Henderson lost his speed and his fondness for wrestling, and he developed into one of the most potent one-punch knockout artists in the sport. Belfort discovered a fondness for kicks and toned down the aggression, turning into a more patient counter fighter. Then Henderson got old, and his limited style became more limited still. Had their first rematch taken place in 2010, Henderson would have stalked Belfort, his right hand resting like a bazooka on his shoulder, and mixed in takedowns to keep the Brazilian guessing. Instead, it happened in 2013, and Henderson ran into an uppercut, followed by a head kick, and stayed down.

Then the Nevada Athletic Commission banned testosterone replacement therapy, and Belfort suddenly got old, too. Lacking the bulging muscles for which he had always been known, Belfort turned into a worse version of his former self, failing to put away middleweight champion Chris Weidman with an early flurry at UFC 187, where he ate punch after punch off of his back until the referee was forced to save him.

Now, because it is hard for a fighter to walk away, they will fight again. Henderson still has his power, but he the legendary chin has crumbled. He is 2-3 in his last five fights, and he has either finished or been finished in every one of them. Belfort probably still has the improved skill set that carried him to the Weidman fight, but he has looked decidedly diminished since his last meeting with Henderson.

THE PICK: There is not much technique to discuss because technique is not what defines Belfort and Henderson at this point. Age is the real factor here. Belfort is still technically a better fighter than he was in 2006, but it is unlikely he still has the fitness to be that fighter for more than a few minutes. Then again, how likely is it that he will need to be? Henderson is a slower, more fragile fighter than ever before, and I do not like his chances against Belfort’s early aggression. The pick is Belfort by TKO in round one.