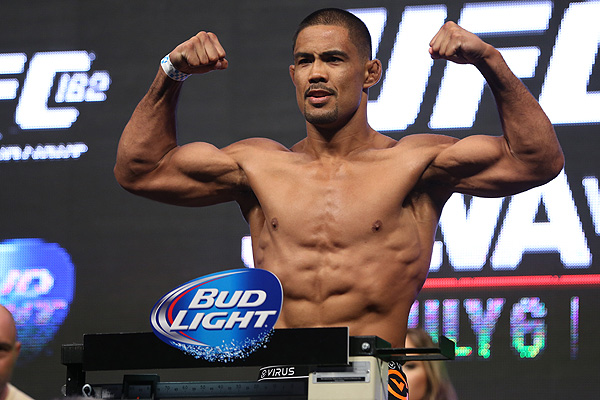 
Part 1 of what will be the increasingly frequent Ultimate Fighting Championship doubleheader sees the Octagon touch down in Germany for the first time since November 2010. Headlining the card, which takes place on Saturday at the O2 Arena in Berlin and streams in its entirety on UFC Fight Pass, are middleweights Gegard Mousasi and Mark Munoz -- otherwise known as the last two men to lose to Lyoto Machida.

In addition to playing integral roles in Machida achieving No. 1 contender status at middleweight, both Mousasi and Munoz are top-10 worthy talents in need of a win. If you are a fight fan in the United States, that should be reason enough to put off mowing the lawn on a Saturday afternoon.

Here is a closer look at the UFC Fight Night “Munoz vs. Mousasi” card, with analysis and picks: 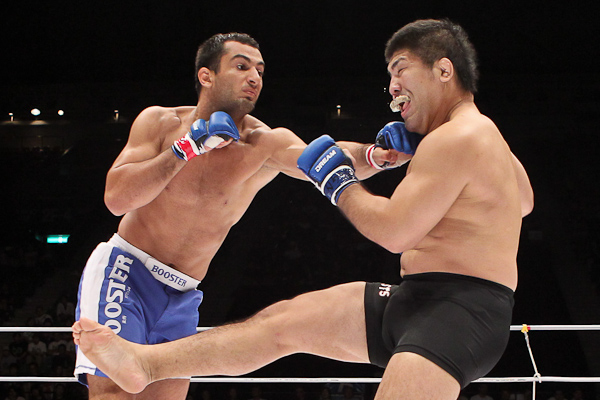 Photo: Taro Irei/Sherdog.com
Mousasi owns a diverse skill set.
The Matchup: Munoz has faded from title contention over the past couple years, but in fairness, his last two defeats have come against the two men -- Chris Weidman and Lyoto Machida -- who will be vying for middleweight gold in July. Those two losses are sandwiched around a dominant win over Tim Boetsch in which the Reign MMA representative implemented his trademark ground-and-pound.

Like Munoz, Mousasi also came up short against Machida, although the former Strikeforce champion lasted much longer in dropping a five-round verdict.

Still, the Iranian-born Dutchman was unable to muster consistent offense against “The Dragon,” a bit of a disappointment considering Mousasi’s technical prowess. With his lone Octagon triumph coming against the relatively unknown Ilir Latifi, Mousasi still has plenty to prove on the sport’s grandest stage despite a wealth of credentials in other promotions.

While Munoz cannot be expected to duplicate Machida’s performance against Mousasi, the two-time NCAA All-American at Oklahoma State University would appear to have a clear advantage in the wrestling department. One of Mousasi’s most notable defeats came at the hands of a pre-staph infection Muhammed Lawal under the Strikeforce banner in 2010. In that bout, “The Dreamcatcher” was taken down a whopping 11 times over the course of five rounds. Munoz’s takedown efficiency in the UFC has not been great, but he is still one of the division’s most accomplished wrestlers. Couple that with the Mousasi’s occasional tendency to be complacent from his back, and there seems to be a clear path to victory for “The Filipino Wrecking Machine.”

Even if Munoz can consistently take down Mousasi, one of his greatest strengths could be used against him. Thanks to his considerable physical strength, Munoz is a good guard-passer, and his ground-and-pound is as forceful as anyone’s in MMA. Mousasi, however, possesses dangerous upkicks should Munoz elect to stand over him. Of course, Mousasi will have to make sure the kicks are legal when he throws them, as he has a history of not always recognizing the position of his opponent in such instances. In addition, Munoz’s aggressive approach to ground-and-pound could leave him vulnerable to a variety of sweeps, scrambles and submissions.

On the feet, Munoz will struggle to navigate the five-inch reach advantage of his opponent. Mousasi uses a long jab to set up many of his attacks, and overall, he owns a far more versatile striking arsenal. Mousasi, who is excellent at adapting to the skills of his adversaries, could hold his hands low in this matchup to better defend takedowns. Munoz, a decent counter striker and combination puncher with heavy hands, lacks the overall speed and variety to truly threaten Mousasi here. Instead, he should use his punches to close distance and set up takedowns.

The Pick: In a five-round fight, Mousasi has more ways to win. He finds a submission in round three.