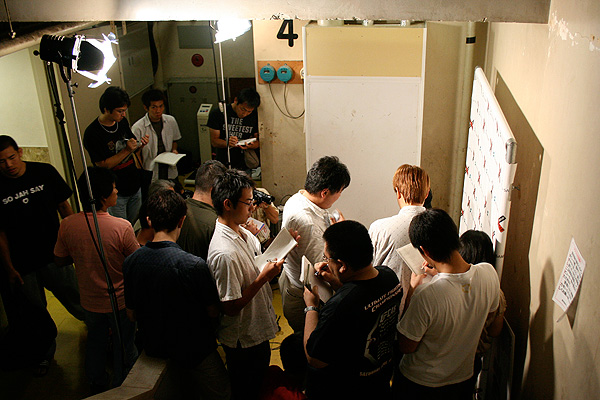 
Back when it was appreciated and not prosecuted, back when you had to trade VHS tapes in the mail to gain a global appreciation for mixed martial arts, Garrett Poe digitized and uploaded fight footage onto the Internet. He edited together highlights from all over the world and set them to hard-charging music. In the lower right-hand corner, a URL -- Sherdog.com -- spun as if on an axis, impossible to ignore.

This is how Jeff Sherwood’s high school nickname began to become synonymous with what came to be known as MMA.

“Pretty soon, those highlight videos were everywhere,” said Sherwood, a former computer tech at Boeing who in 1997 launched Sherdog.com with Poe, a budding scientist. “Even if people didn’t know what Sherdog was and they liked people getting knocked out, they would see our logo in the corner. Pretty soon, people just started flocking to the website.”

It was a shrewd way to draw an audience, but Sherdog leveraged it to the hilt. Over the next decade, the site blossomed into an indelible part of the sport. Its exhaustive Fight Finder database of bout results remains an indispensable resource, and its traffic exceeds that of UFC.com, according to Alexa. Perhaps most importantly, Sherdog charted the course for serious MMA journalism, its sophistication growing with the sport.

This was set in motion in the late 1990s, when the sport carried the misnomer as “No Holds Barred” fighting and clung to life amid protests from Sen. John McCain, a boxing purist who dubbed the sport “human cockfighting.” New York Times articles shamed lawmakers into reversing their low-key votes to sanction NHB fights in New York; the ban remains in place today. Ken Shamrock and former UFC owner Bob Meyrowitz argued in circles with McCain and Nevada regulator Marc Ratner on “Larry King Live” about why the sport should be sanctioned like boxing.

“I was adamantly against it,” said Ratner, who now works for the UFC as a vice president responsible for winning acceptance in new territories. “I said we could never have a sport that advertises no rules, anything goes. I was going by just the [UFC marketing] slogans more than anything.”

The UFC employed visceral marketing to attract pay-per-view buys, pumping it as barely legal and anything goes. It worked, but it was not the only direction the organization considered taking in selling the caged clash of martial arts styles.

At the time, everyone was learning the intricacies of this new competition. Martial arts magazines took a guarded position toward the UFC, a counterweight to the mystical, unproven techniques they had long espoused in their pages. Stephen Quadros, a veteran fight commentator, was writing for a kickboxing magazine in 1993, when he was captivated by the UFC’s first event. He lobbied to cover the sport, but the kickboxing community resisted, and it criticized ground fighting.

By 1998, Quadros had swayed Black Belt magazine, which once featured articles penned by Bruce Lee, to begin carrying his NHB column and rankings; it was one of the first publications to do so. Quadros, Sherdog and the monthly newspaper Full Contact Fighter had no blueprint to follow. In Japan, NHB was covered as a branch of professional wrestling, as many well-known wrestlers made up the first wave of stars for organizations like Pancrase and Rings.

It was a bridging of worlds that Dave Meltzer, founder of the Wrestling Observer newsletter, was uniquely positioned to cover. He often chatted with Zane Bresloff, the local promoter for UFC 1, who did similar work in professional wrestling. Bresloff recommended Meltzer cover the show. Meltzer recognized UFC participants Shamrock and Gerard Gordeau from pro wrestling matches in Japan and figured his readers would be interested. They were, and Meltzer continued to cover the events, inspiring a wave of future MMA writers.

In 2000, Josh Gross sat in a political science class at San Diego State University and pondered how he could turn an assignment on local government into something involving MMA, which was particularly vibrant in his home state. At the time, California officials were putting finishing touches on regulations for the sport, which did not take affect for years due to budget restrictions and red tape. New Jersey worked off these regulations when it became the first state to sanction MMA. Gross wrote about the process and started covering fights on California’s sovereign Indian reservations. He rubbed elbows with Sherwood, as future greats like Quinton Jackson and Urijah Faber developed their skills.

“The scene at those events was basically guys who were associated with fighters, training at their gyms, wanting to shoot photos,” Gross said. “People wanted to be around the fights. There were very few real media people, people who had an inclination to do journalism.”

Sherwood said a similar atmosphere existed in the UFC at the time. At UFC 27, he was close enough to the action to hear one fighter blurt out a racial slur on his way to the cage and spot what appeared to be an array of escorts being offered to fighters who were spectating from cageside.

“I’ve been to a lot of shows back in the day where there was actually more cheering coming from the media section then there was from the crowd,” Sherwood said. “They’ve kind of gotten away from that. That’s a good thing. It’s still not like it should be.”

Early in Sherdog’s development, Sherwood thought the site had the potential to become the authority that covered all things MMA. In 2007, Sherdog signed a partnership with ESPN to provide content. This seemed to clash with the UFC’s ambitions. Shortly after it secured a television deal with Spike TV and caught fire in 2005, the UFC withdrew credentials from several media outlets, including Sherdog, which had been fixtures at press row. The move coincided with the UFC’s efforts to professionalize its business practices, court institutional sports media and bolster content on its own website.

“A very powerful media company is what the UFC evolved into,” said Jen Wenk, a publicist who directed the UFC’s media operations from 2005 to 2011. “The UFC has become its own distributor of news content. We went from trying to get people to pay attention to us and give us respect and give us the benefit of the doubt to basically creating an industry.”

Following in the footsteps of the Sherdog-ESPN arrangement, several prominent sports news outlets began to partner with Internet MMA sites, a sector that exploded as the UFC did.

Dann Stupp was content managing creative services for the Cincinnati Reds but felt a spark when he wrote about MMA on the side. In 2006, he launched MMAJunkie.com, which was purchased by USA Today in 2011. Ariel Helwani was studying broadcasting at Syracuse University in 2002, when he saw Shamrock and Tito Ortiz jawing at each other on Fox Sports. He saw an opportunity, launched his own site and podcasts and played pivotal roles in the formation of AOL’s Fanhouse MMA venture. Today, he serves as a backstage reporter for UFC broadcasts on Fox.

Anik took a similar path, embarking on a sports broadcasting career and then falling in love with MMA. At ESPN, he was tapped to anchor “MMA Live,” a studio show that signaled the worldwide leader in sports saw value in covering the fights. Anik credited Glenn Jacobs, a former senior coordinating producer on SportsCenter. Jacobs thought the UFC product, at its best, was as good as any in sports. Fight highlights surfaced on “Top Plays,” which Wenk suggested in dogged emails and calls to ESPN; and there were studio interviews with top fighters. However, Jacobs’ role changed, and discussion about the sport in production meetings died down, according to Anik. The UFC hired Anik, as well as two key producers from “MMA Live,” when it transitioned from Spike TV to Fox in 2012.

Wenk said the UFC’s goal when she arrived was to reach a point where, on any given day, somewhere in America, you could open a newspaper and read something about the promotion. Today, papers in a host of cities have dedicated coverage. In 2007, Wenk and UFC brass successfully pitched the Associated Press on coverage, feeding papers across the country, and a deal was also reached with Getty to syndicate images.

Sherdog, its credentials reissued, has returned to reporting from cageside at UFC events. Poe left the site, and the highlight videos stopped when the UFC and others moved to clamp down on copyright infringement. Media hordes swarm fighters like other professional athletes. It could not be a further cry from the days when it felt like Sherwood was doing something revolutionary by interviewing fighters via email.